This was probably the best flea market score I've had in quite a while, including discovering my Griswold dutch oven at Brimfield for $10. One of the larger flea markets in Massachusetts is the Grafton Flea Market; in more rural areas of the country, this might be a mid-sized market, but here this is one of the bigger ones. Most of the stuff sold there is the usual junk, but once in a while a treasure can be had there. Among the many stands there was one vendor selling a bunch of vintage items, mostly military cast-offs from the early to mid 20th century: genuine Army helmets, metal meal mess trays, wooden boxes with ammunition labels branded onto them, and various vintage metal items…including several pieces of cast iron. I saw a Wagner Krusty Korn Cob corn stick pan there, but I still haven't been interested in getting one…but when THIS caught my eye, I stopped dead in my tracks. He was selling it for $20 and would not go any lower, but I still feel I ended up with a bargain, nonetheless. It's a HUGE cast iron cooking pot, with a gate marked bottom and an enameled interior. The enamel doesn't look in too bad condition; there are a few chips and cracks, but no major gaps, and it looks decent for a pot that dates to before the year 1900. The outside is covered with a layer that is flaking off; I suspect that's probably paint, not seasoning or enamel.

And did I mention this thing is BIG? Its measurements are: top rim, diameter: 13 inches inside rim, 13-1/2 inches outside rim; height, 8-1/2 inches including underside heat ring; 8 inches deep inside! At a weight of fifteen pounds, this thing is probably just around the size of my Le Creuset 14-inch cast iron pot. With no actual stamp on the pot except for "14 QTS" (14 quarts) and the gate mark, I needed to do som research to identify the maker of this pot. I looked online and found a picture of a pot with the exact markings, including the "14 QTS" stamp: au.picclick.com/Vintage-T-C-Clark-Co-Large-151085784792.html Based on this, that means this pot is likely to be a "T & C Clark & Company large enamelled cast iron cooking pot cauldron." T & C Clark was a British manufacturer founded in 1795, who produced a lot of cast iron in the 1800s into the 20th century, but apparently shut down or went out of business in the 1960s [1]. Another reference [2] states: "1839 ~ Thomas and Charles Clark of Wolverhampton, Staffordshire, patented a way of 'glazing and enamelling cast-iron, holloware, and other metallic substances'. They were iron manufacturers, not gentleman scientists like Rinman and Hickling, and their company went on to produce and market enamelled metal items for cooking, hygiene etc." This likely dates this pot to the latter half of the 19th century. 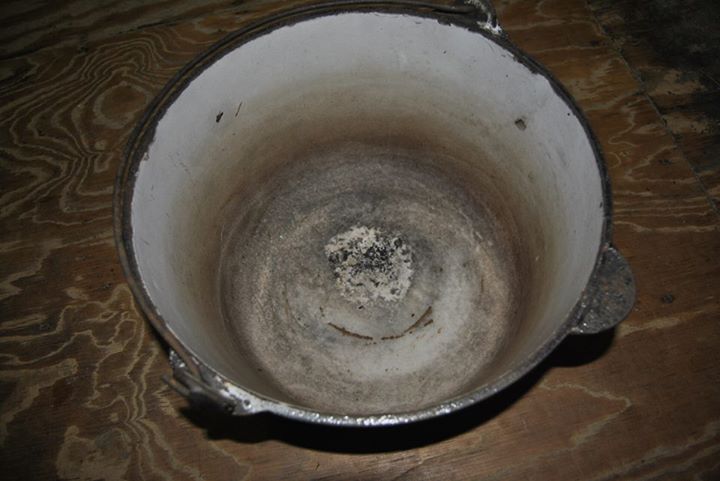 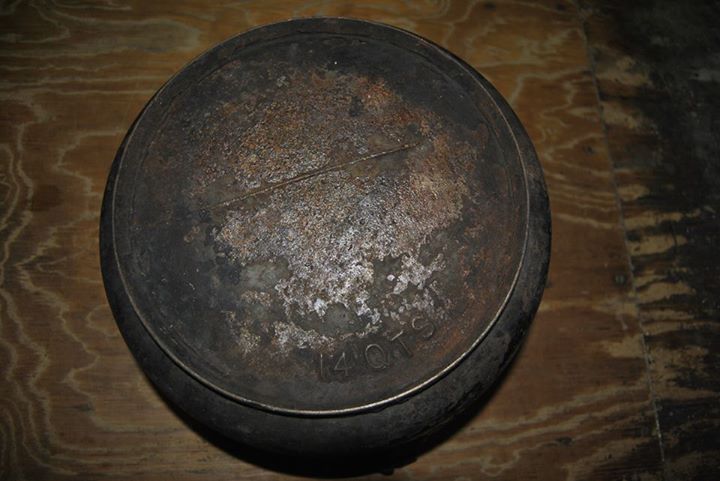 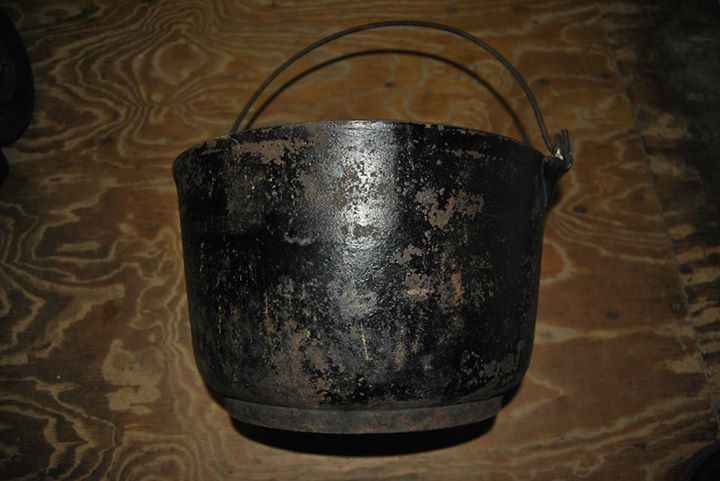