Today I brought my 19th century enameled cast iron pot to an environmental testing service, in order to determine once and for all if the makeup of the pot was infused with lead. The result was some bad news: the pot did indeed contain lead, in both the enamel and the iron itself. I found it hard to believe, but that was what the results showed.

Lead was a common additive to the makeup of enamel and vitreous glazes, all the way to the 1970s when regulations on lead content and lead removal were enacted. Because of this, when I acquired a huge 14-quart cast iron pot with an enameled interior (from the Marietta, Pennsylvania foundry; with an estimated manufacturing date of the 1850s through the 1870s), it was suggested I have the enamel checked for lead content before I tried any serious cooking with it. The question of lead in antique cast iron has dogged enthusiasts and collectors for a long time; and I decided to find out once and for all. So, I made an appointment to take the pot to a professional environmental testing service today, in an office park located in Woburn, Massachusetts. I arrived at a small classroom where a training course for professional lead paint and chemical inspectors was taking place. The instructor greeted me and I placed the pot on a table at the head of the class, and he took out a case containing a very high-tech X-ray gun, one that he claimed had a cost of about $40,000. According to him, this device is used by manufacturers of airline parts, and it was really heavy duty. He placed the gun inside the pot on the bottom of the cooking surface, and ran it for about thirty seconds or so. I could see a faint florescent light at the point where the device contacted the surface of the pot. Finally, he lifted the gun out of the pot, and used a digital screen on the top of the device to read the lead content of the enamel. First of all, a red warning on the digital screen gave a "FAIL" reading, along with a number. The instructor explained that current government EPA standards for lead content in construction allow a limit of "nine parts per million." The lead content in the enamel of the pot: "over two thousand parts per million." Next, he took one of those lead testing sticks that you can buy in a hardware store, and tested the surface of the pot to determine if it was leeching lead. The testing stick did not change color at all, and it did not detect any lead on the surface of the pot. This meant the lead was infused in the structure of the enamel itself. So as far as cooking with this pot was concerned, his words were, "I wouldn't eat from it." He then told a little scare story about how scientists had exhumed the body of a man hung for murder in England, and found a high lead content in his body – "No wonder he was so bad."

From here, he then took the X-ray gun and used it on the outside of the pot, where there was nothing but bare iron. The result of this test: it still failed. He told me that it was extremely unlikely the gun could penetrate a quarter inch of heavy iron and read the enamel inside the pot; therefore, the iron itself was infused with lead. This was a real eye-opener to me, and I asked, "I thought lead would boil away during the manufacturing process?" He said, "They added lead to make it more malleable."

So as a result, I am now the owner of an antique cast iron pot that would be little more than a display piece if I were to keep it. While there is next to no chance of any lead from this pot contaminating anything, just from casual contact, it would be a different matter entirely if I cook in it.

I have to admit I was surprised to be told that a cast iron pot could indeed have lead infused in the metal itself. However, I am a strong believer in scientific proof, and I'm not going to reject the result of this test just because I don't like it. It certainly does give pause for consideration, nonetheless.

Given the results of today's testing, I need to make statements about two subjects related to this:

First of all, I am not cancelling the Cast Iron Cooking video contest because of this. I had decided to give away my Lodge 12-inch camp oven especially because I had acquired this antique pot for cooking. Nonetheless, I am not an Indian giver. I had promised to give the Lodge camp oven to the winner of the contest, and I will still do so. I don't have many opportunities to cook outside, anyway, and as such the Lodge pot has not seen a lot of use. So rather than let it take up space, I'll still be giving it away.

In spite of the statement that there was lead within the iron itself, I remain convinced bare and unenameled cast iron is safe for cooking. The statement "they added lead to make it more malleable" would be seen more for purposes of heavy construction where iron was meant to be withstand heavy pressure without cracking, such as in the making of wrought iron girders and beams for building construction – not with kitchen utensils. Furthermore, it has been demonstrated that slag removal is a standard part of the Bessemer process of making cast iron, which had been in regular use since the 1850s to 1860s. (See also: Wikipedia - ''Bessemer process''.)

Meanwhile, there's another question to address: does this have any effect on my recent, frequent, and determined statements about cast iron from China being free of lead? Upon consideration of this, I state the following: No, cast iron from China STILL doesn't contain lead. Why not? Because this test today was from a cast iron pot made around one hundred and fifty years ago. Manufacturing technology has come a long way in the past century and a half, and they simply don't use the same process today that they did in the 1800s. Saying a cast iron pan today has lead because a 150-year-old pot has lead, would be like comparing a modern-day handgun to a Civil War pistol. So because of this, I will still stand by my statement about modern-day cast iron being free of lead. 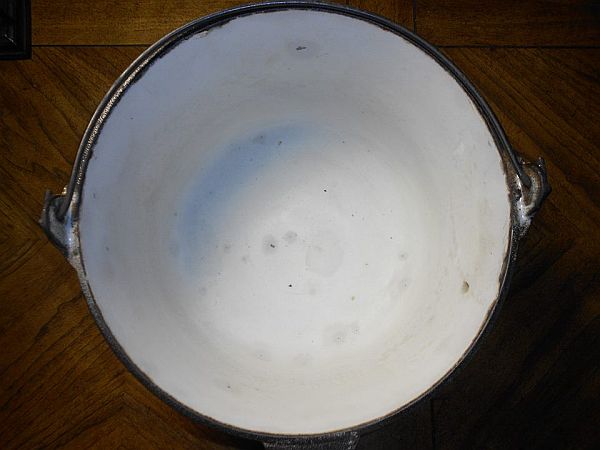 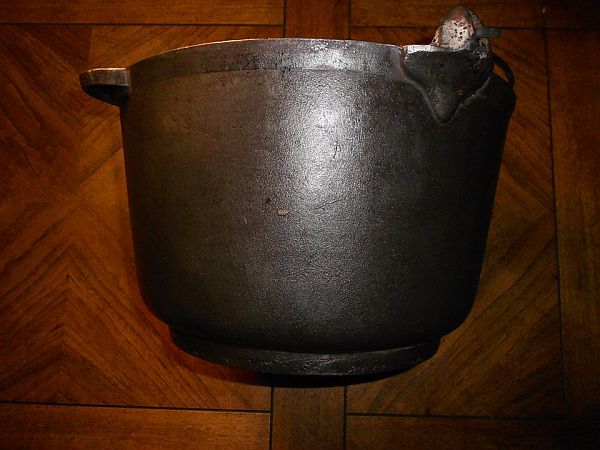 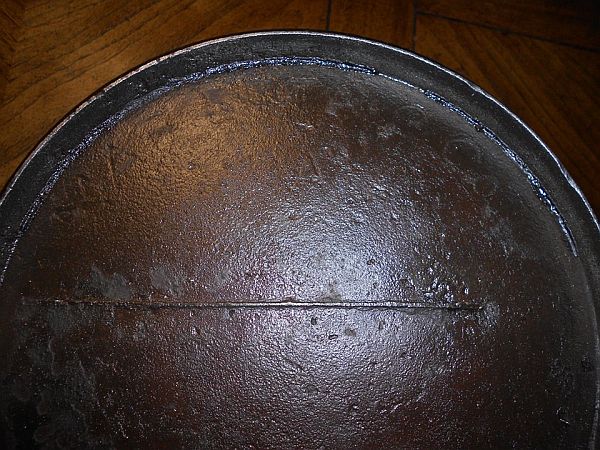 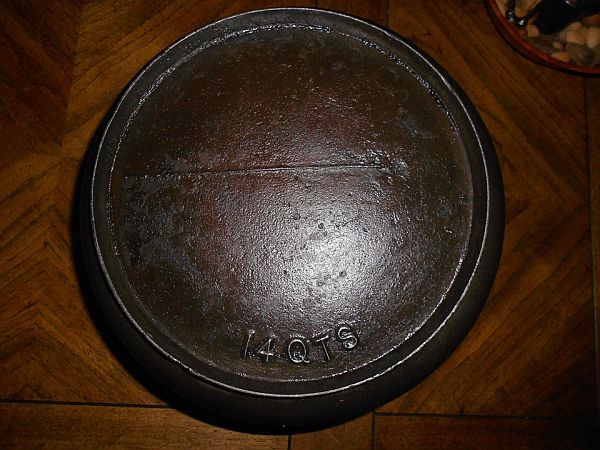