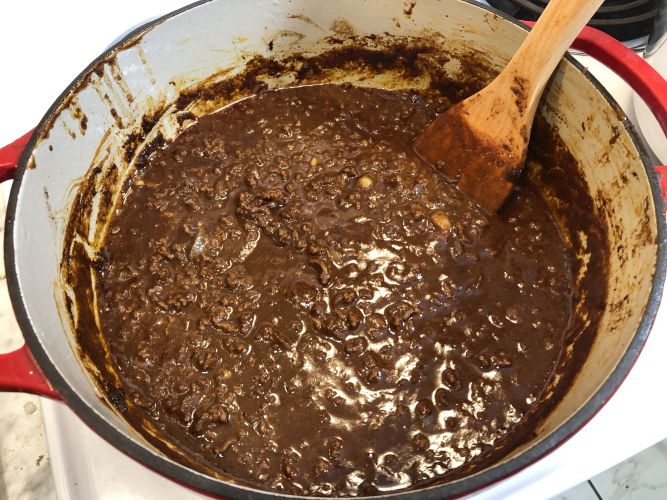 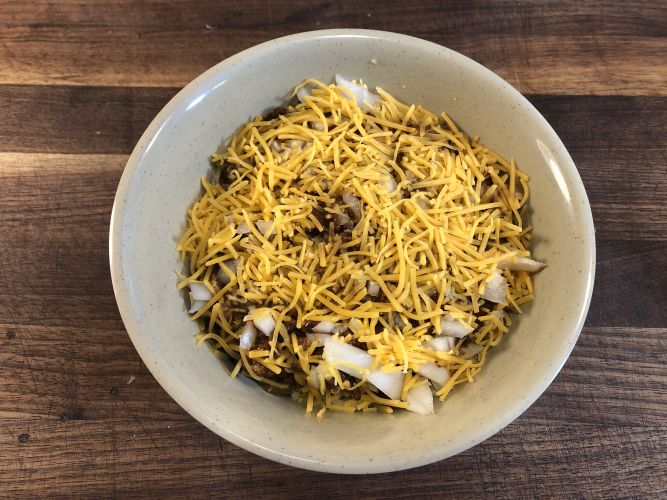 This is yet another reason why the saying "eat locally" is great advice when you travel. In the summer of 2021, my job sent me to Cincinnati, where I had the opportunity to try their famous local chili. Here in New England we're proud of our world-famous Boston baked beans, but in Cincinnati it's all about the chili! There are two local chains that specialize in chili, Gold Star and Skyline. Skyline is the more popular and famous of the two; but when you go to that city, it's definitely a must to try the chili at either of these places.

This is a far cry from your typical Texas-style barbeque nuclear chili, and there are a lot of things about Cincinnati chili that would make Texans declare war, along with other chili lovers across the country. However, the taste of Cincinnati chili really needs to be experienced! It's a very unusual flavor combination that includes cinnamon and chocolate in its ingredients, as well as the usual ground beef, chili powder and cayenne. It's one of those magical combinations, like Vietnamese pho, that comes together perfectly so the final result is far greater than the sum of its ingredients. Furthermore, this chili is boiled and simmered on the stovetop in a pot, rather than your typical slow-cooked chili; though you can slow-cook it if you want.

A lot of the necessary prep for this dish suggests it was made especially for restaurants, or at least made popular by restaurants, including the way the final step of preparing the chili is to add your raw ground beef to the chili base. The traditional way of cooking this is to put your ingredients together, add the ground beef, and simply boil and simmer it on the stovetop. Despite this, I'm still in favor of browning the ground beef first, before adding it to the chili. This allows you to add some flavor to the ground beef with the oh-so-scientific Maillard Reaction, as well as rendering some of the extra fat and liquid out of the meat before it goes into the chili.
This means the entire dish can be finished and ready to eat in only a little more than an hour.

Preheat a large cast iron skillet on the stovetop. Also preheat a large cast iron dutch oven on the stovetop. While the pans are heating up, chop onions and mince garlic. Separate the onions into two bowls or containers. One container will be for onions to go into the chili as it cooks; place the second container of chopped onions into the refrigerator. These onions will be used to top the finished chili.

In a large cast iron skillet, brown the ground beef and drain the liquid and extra fat. The ground beef does not have to be fully cooked in the pan, because it's goiong to simmer in the chili for an hour. You only need to cook the beef enough to render the extra fat and liquid. After draining the grease, let the meat sit in the pan while the chili is prepared.

Add cooking oil to the heated dutch oven. After one minute, add 1 cup of chopped onions to the pot, and sautee for five minutes until the onions are softened. Add chopped garlic and continue to sautee for another two to three minutes. When the smell of the cooking garlic is unmistakable, mix in and stir together additional ingredients: chili powder, cumin, oregano, cinnamon, allspice, black pepper, cayenne pepper, salt. Add beef broth and stir it all together. Stir for about five minutes until everything is hot and steaming.

When the chili sauce is hot, add chocolate and stir until the chocolate is melted. Mix in tomato paste, vinegar, tomato sauce, brown sugar, Worcestershire sauce. Stir everything together.

Add the browned ground beef to the pot, and stir until everything is combined. Cover the pot for about five minutes to bring it all to a boil. Uncover the pot, turn the heat down to medium-low, and simmer for 1 hour to reduce and thicken the chili.

When the chili is ready, it can be served hot. Add spaghetti to a plate or bowl. Cover with the chili.

Cincinnati chili toppings are added depending on how you want them: