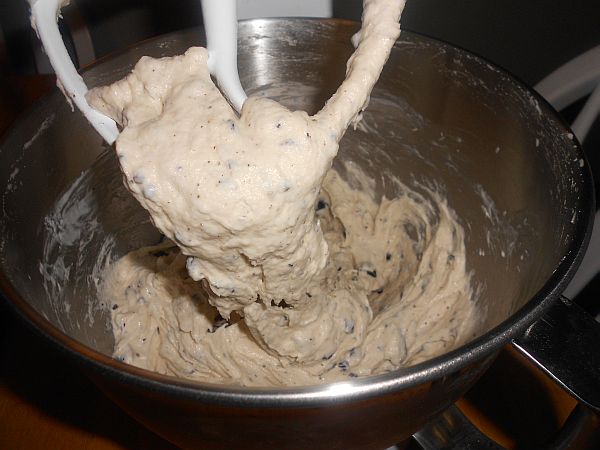 One of several reasons I don't care for "vegans" is the way they present recipes and dishes meant to substitute for everyday foods, in order to fool themselves their way of eating is better than ours. Because these dishes have to contain only "vegan" ingredients and omit basic staples such as sugar and milk, they usually taste bland or bitter, or both. Having said that, there's a recipe for "vegan" substitute ice cream that I tried myself – not because it's vegan, but because it actually sounds delicious. It's ice cream made from frozen bananas, blended together into a consistency resembling ice cream. This simple "vegan ice cream" has only two ingredients: frozen bananas, and chocolate chips. However, while the resulting mix was edible, I found it still lacked the flavor of "real" ice cream. So, I added a couple of ingredients and ended up with this:

Pans needed: One large mixer or blender, to blend your ingredients.

(As an optional addition to this recipe, I prepared several hours in advance by slicing one pound of strawberries, discarding the tops, and macerating them in balsamic vinegar all day. "Macerating" is the official term for "marinating" fruit, i.e. treating it with liquid to soften and add additional flavor. "Marinating" should technically refer to soaking meat, though it's far more regularly with fruit than "macerating.")

We started by freezing the bananas for two days. When they came out of the freezer, they were indeed frozen solid. Here's a video of what the frozen bananas were like: Frozen Bananas

However, the bananas thawed very quickly. (This was done on a cool day in May, with not especially hot or cold weather.) Only ten to fifteen minutes after the previous video, the bananas had a coating of frost on the outside; but they had definitely softened to the point where we could peel them. Once peeled, we could tell they were thawing rapidly, so we put them into the mixer and began blending them together. 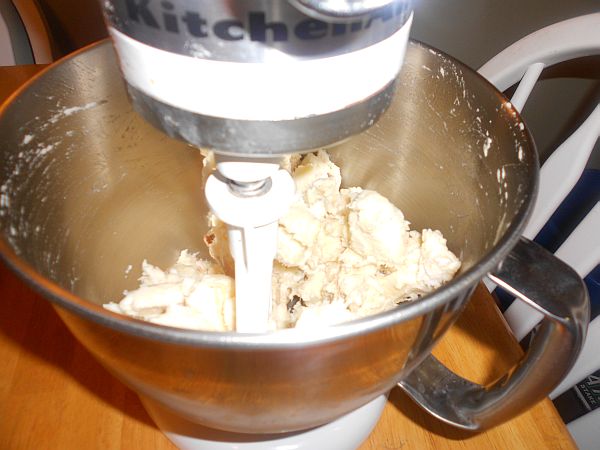 After several minutes at medium-high speed, the bananas had clumped together into a big ball of mash. So, we abandoned the original vegan recipe, which said to only use bananas, and added about 1/4 cup of heavy cream, and 1/4 cup of sugar. This gave it a consistency that definitely resembled ice cream, in both texture and taste. 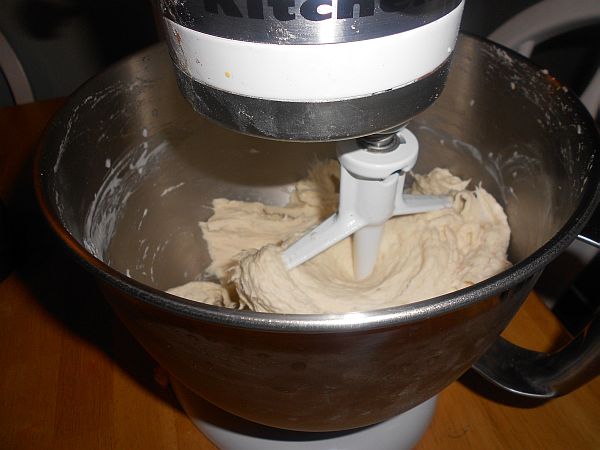 From there, we added chocolate chips. We used a Lindt bitter chocolate bar (90% cocoa), crushed into pieces. The mixer did a fine job of blending them together. The bitter chocolate contrasted the sweet taste of the ice cream in a pleasing manner, and I recommend using at least semisweet chocolate; not milk chocolate. 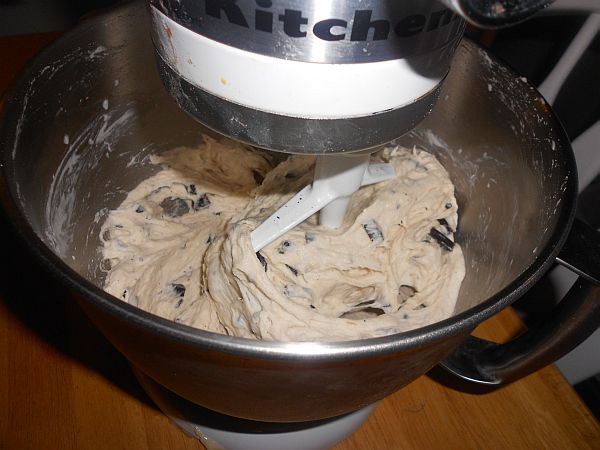 Finally, after a total of ten to fifteen minutes, we had the finished result: ice cream made from creamed bananas and sugar. This recipe produced about one pint of soft ice cream. Depending on the cost of the bananas and chocolate, this recipe would most likely be less expensive than "premium" ice cream such as Ben & Jerry's. This concoction could be frozen to harden the ice cream…but we ate it as-is, because it tasted so good.

From here, we added the embellishments: sliced strawberries, macerated for several hours in balsamic vinegar. and topped with a dab of whipped topping. 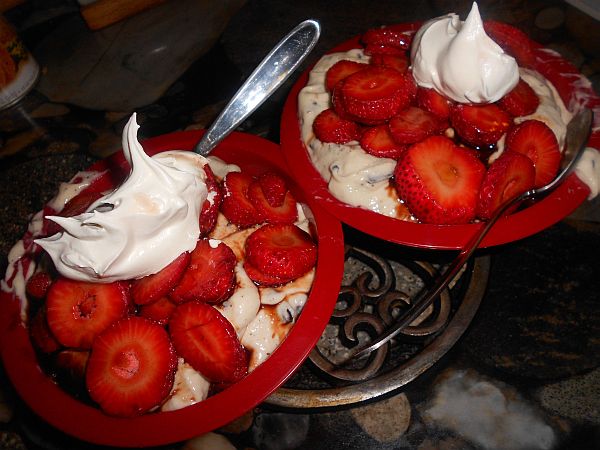