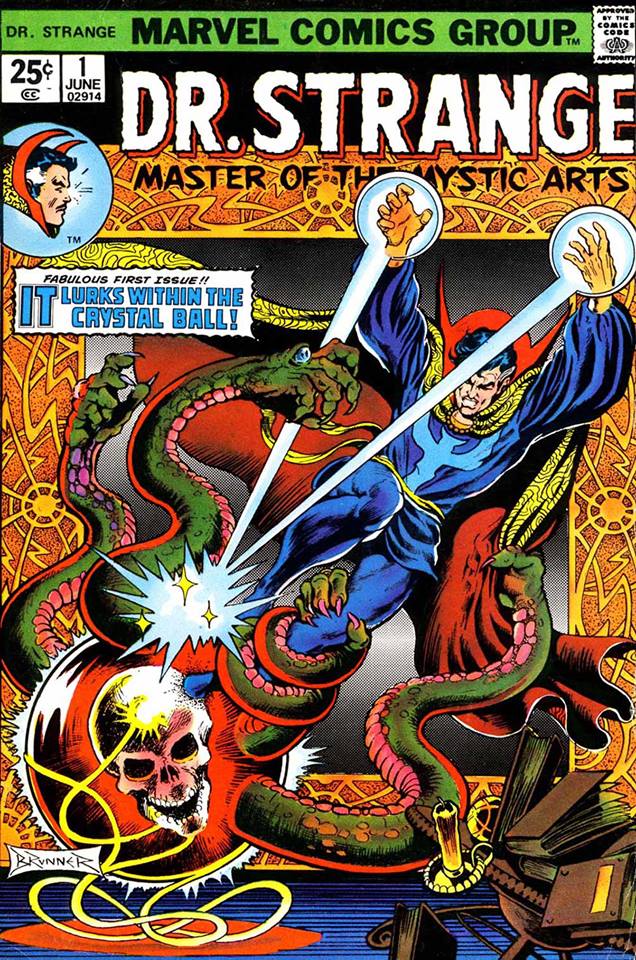 March 2, 2017: I didn't see Doctor Strange in the theater, so I just got around to watching it last night. Initial impression: Okay, not great. Big plus was the clever way Doctor Strange faced Dormmamu. Big minus was the way the entire movie felt less "cosmic" and especially less "psychedelic" than Doctor Strange is supposed to be. Benedict Cumberbatch certainly did get Stephen Strange's persona down to a T, and I do think it's intentional the movie ends without his having the inevitable revelation that makes him rise above his petty ego and become an altrustic mystical warrior for good, a.k.a. the Sorcerer Supreme.

Unlike the last several Marvel movies, Doctor Strange has a self-contained story and doesn't need to include cameo and supporting appearances by a dozen other Marvel heroes. (This was my biggest disappointment with Captain America: Civil War.) But the story is standard "superhero origin" stuff, even to the point where the hero has a girlfriend whose role is to be the love interest, casually tossed aside at the beginning because of Strange's ego; but who willingly and immediately supports him when he shows up again later on. Probably the most original character here is the Ancient One, who is absolutely and completely not the Tibetan wise man from the comic book.

In the movie world of Doctor Strange, magical battles are essentially karate battles with magically produced invisible spears and whips, and even the great and powerful Ancient One is no more than a chop-socky fighter who throws her magical shield around in the manner of Captain America. The characters run back and forth through dazzling CGI landscapes, but because much of the action takes place in the mirror dimension they can safely destroy huge areas of city landscape while avoiding the fan outrage seen in the final battle of Man of Steel. These magical fight scenes, which make up a considerable amount of the movie, may be the most 3-D battles seen so far in the movies, possibly even reaching the level of the best video game battles. This is meant in a good way, as video game battles long ago reached their own level of epic and awesome, which movies are rarely able to match.

If I sound jaded because "it's not the comic book," then I suppose that's true. To me, Doctor Strange is a weird, epic 1960s-to-1970s cosmic LSD trip (without the drugs), where the characters spout mystical and poetic nonsense while blasting each other with tidal waves of "mystical energy." The new Doctor Strange is a 21st century CGI video game rather than a 1960s acid trip. That probably means I'm an grumpy old codger, wishing it was "the way it used to be" rather than the way it is. I enjoyed the movie, but it's just another in what seems to be an endless rush of superhero movies, all trying to cash in on the current pop culture fad before it bursts.