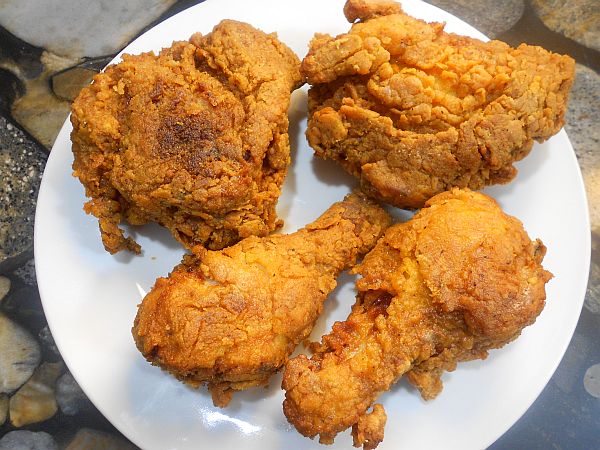 October of 2010 was the time of a memorable event: the last great SubGenius Devival in New York City, in which I accompanied several close friends to attend the a twisted (and enormously enjoyable) wedding at that great event. However, that very same night also introduced me to cheap inner city fried chicken for the very first time. Several years later, the memory is still fresh in my head:

We were riding in a cab back to the hotel, and I saw something out of the corner of my eye: "Kennedy Fried Chicken," which I'd never seen before. I commented on that, and my girlfriend immediately said, "Ghetto chicken! We're eating there tonight!" "What, there?" "Yeah!!" "Umm, okay…" And a little while later we were walking the streets of New York City at 1:00 AM, dressed in Renne Faire garb, to buy a box of greasy chicken and fries. That's one of those moments one doesn't soon forget. The fries were so-so, the mashed potatoes were bland, and the rolls were stale and tasteless. But the chicken was pretty damn good, and I found I liked it better than the greasy stuff you get at KFC. Later I also learned these chicken places can be found all over the East Coast with names like Crown Fried Chicken, New York Fried Chicken, Kennedy Fried Chicken…and if you go looking for one, the most likely place to find one of these chicken places is in the, shall we say, more urban areas of the big city. That's why it's often known as "ghetto chicken."

(Jessica Darling commented on this little story: "I remember you asking, 'Are they open at night?' and Panik answered, '…They're ONLY open at night.'")

Interestingly, there are a thousand recipes for so-called "imitation KFC" chicken online, but no one seems to have a recipe for making this so-called "ghetto chicken" at home, without having to go to a place that takes your order behind bulletproof glass. Fortunately, some research revealed the actual maker of the seasoning used to make this chicken: Idan Foods at www.idanfoods.com – and the chicken breading itself can be see here.

You can order the chicken breading yourself in a huge 5-pound bag, from Amazon: Amazon page for Texas breading 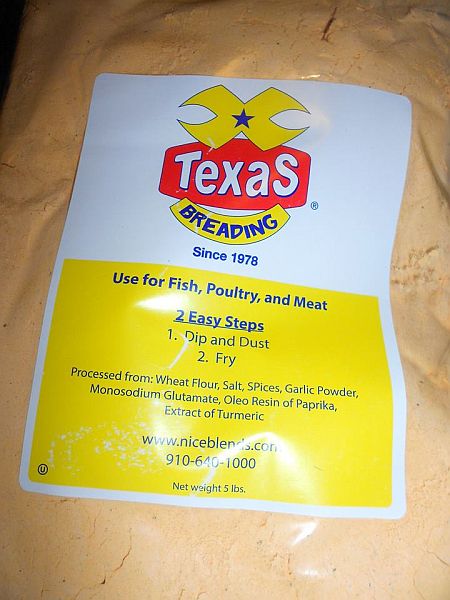 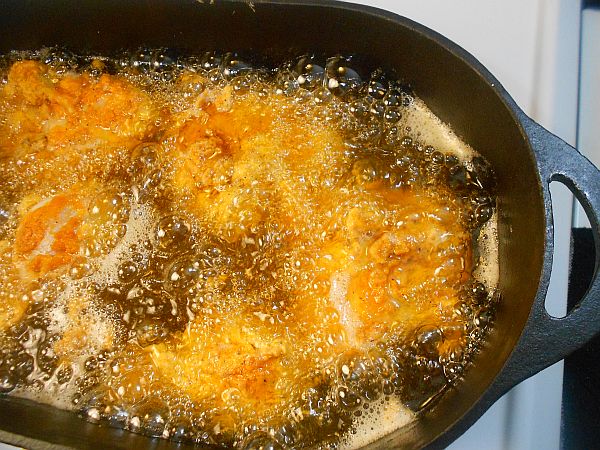 Homemade fried chicken coating is very easy to prepare, and you can prepare your own chicken coating, rather than the one listed above. This was influenced by a "New York Fried Chicken" place in Worcester, Massachusetts that served the best chicken in the area but ended up closing. The owner couldn't keep it open because, sadly, the employees were trading chicken for crack. I wish I was kidding but this was what happened.﻿ This is another reason why you can call this "ghetto chicken": it refers to a run-down urban neighborhood with addicts and streetwalkers roaming the area. When I find myself in an area like this (whatever the reason) and I'm hungry, I look for a fried chicken place like that…and usually find one. 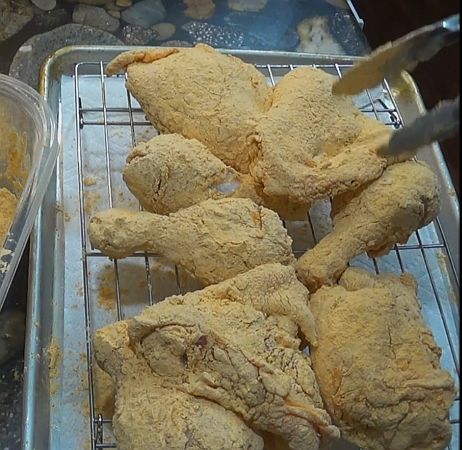 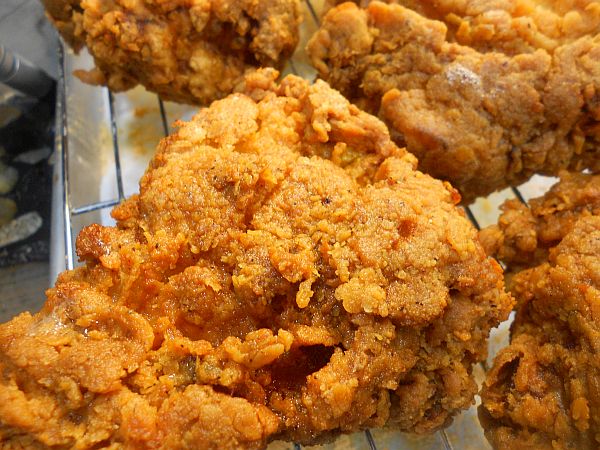