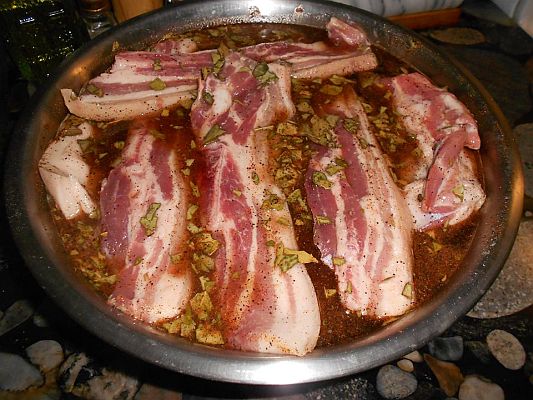 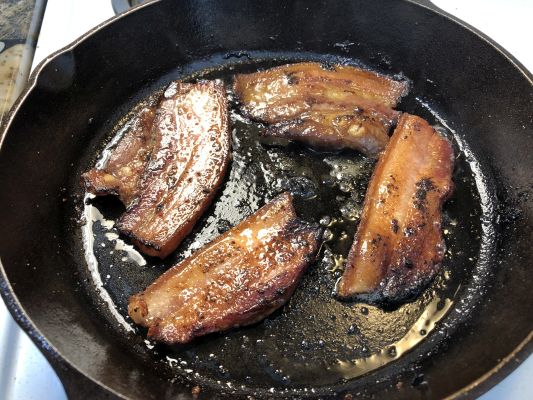 Sunday, August 18, 2013: I had the good fortune of seeing the amazing cast iron collection of another member of the Cast Iron Cooking group recently, and he also told me how he'd recently cured his own bacon. He used a dry salt cure; though he said it had turned out far too salty for his taste. Considering this, I'm using a bacon curing recipe from a friend who's a professional chef: "2 pounds of pork belly, 1 table spoon of pink curing salt, cup of sugar , half a cup of salt, 2 tablespoons of ground bay leaf, table spoon of course ground black pepper, 1 and a quarts of water, smoke flavor if you can get it. 3 tablespoons of REAL maple syrup, half a cup of brown sugar. Mix it all together and let it soak for a week. Then take it out of the brine and hang it to dry for a couple of days, or smoke it if you can." However, this is five and a half pounds of pork belly, so I'm doubling the amount. Also, I don't have curing salt; but I do have saltpeter; considering this, in the original recipe I'd reduce the saltpeter to half a teaspoon, so here it's doubled as with the other ingredients. This all becomes the following:

Pans needed: Huge bowl or stock pot for brine – be sure it can fit in your refrigerator.

I simply mixed all of the ingredients together in cold water, submerged the pork belly, and covered the bowl with plastic wrap. It's covered and soaking in the brine in my refrigerator, and should be ready for drying next week. I'd purchased this pork belly in two separate places, and the total cost came to about $3 a pound. So for about $15, I'll have five and a half pounds of home-cured bacon. The skyrocketing cost of bacon these days makes this rather cost effective. 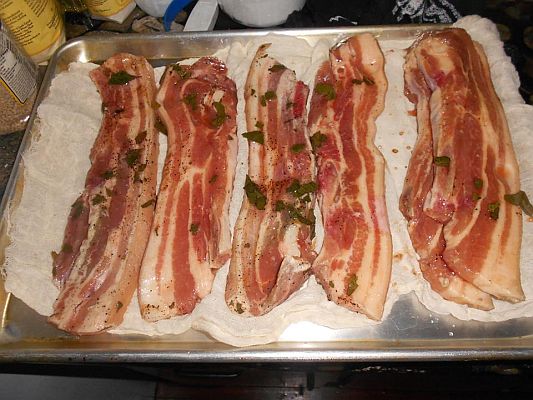 Monday, August 26, 2013: After eight days in the brine, the pork belly LOOKS like bacon and it SMELLS like bacon. Now, we wrap it up in cheesecloth and dry it for two days. I don't have a smoker, so I'm resting the bacon on a rack, on top of a tray, in the fridge. By Wednesday there will be BACON! (Also, the leftover brine smells delicious! It's a shame to have to discard it.)

After at least eight to ten days in the brine, remove the pork belly from the brine and rinse it off. Wrap your bacon in cheesecloth, and let it sit uncovered in the refrigerator for 48 hours to dry. 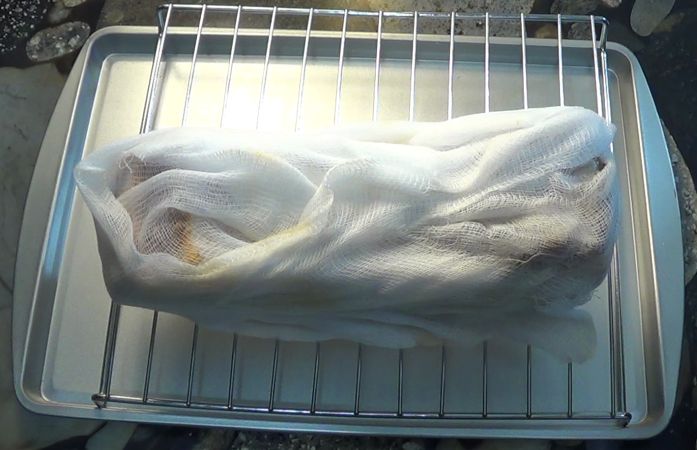 At this point you can cook your bacon and eat it. If you plan to store your bacon in the refrigerator for a while, the bacon can be slow-cooked in order to kill off any bacteria or other internal growths. This will make the bacon safe for preservation. Simply place the bacon in a cast iron pan and cook it in the oven, uncovered, at a low temperature of only 200 degrees Fahrenheit. Cook the bacon until the internal temperature reaches 150 degrees Fahrenheit. This will take about an hour and a half. Once the bacon has reached the proper temperature, place it in a plastic ziploc bag, and chill it in the refrigerator once again. This will allow the meat to toughen and reach the consistency of slab bacon. You can store the bacon in the referigerator in this manner for at least a week before cooking it. 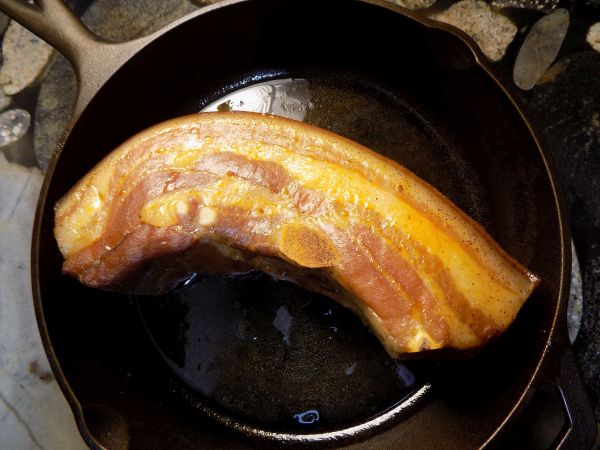 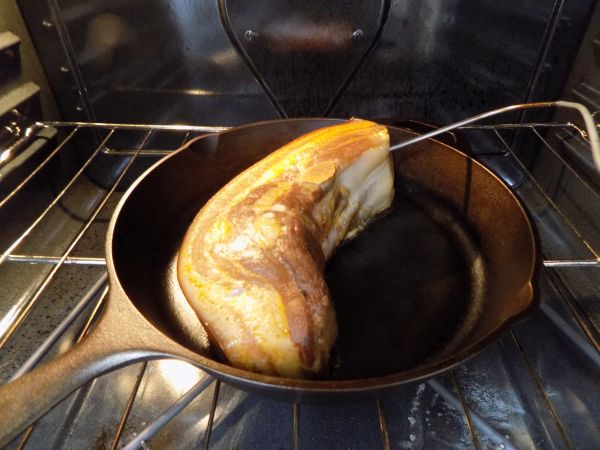 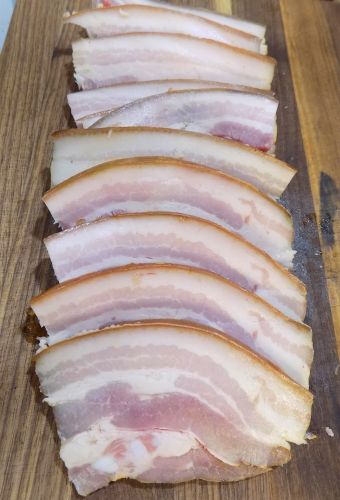