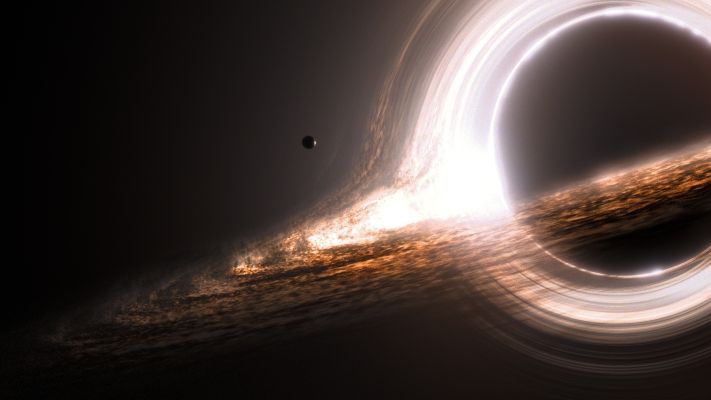 May 8, 2021: I watched Christopher Nolan's Interstellar last night, and I was surprised at how sad and mournful the entire movie is. It's not really depressing, in the way one might feel depressed upon seeing a movie about someone dying from cancer. But the entire world and the entire human race is dying of a similar affliction in this movie, and the story here is about a desperate secret mission sent to discover another planet for Humanity to colonize. But the mission is founded on lies and untruths, and the heroes of the film discover it was expected to fail from the start. And we watch the explorers suffer as they struggle to survive in the area of a black hole, where time itself is affected and they barely age at all while their loved ones pass through decades grow old, die, and think they've been lost. This sense of sadness, inevitability and loss are what I felt most of all in this movie. There is a deus ex machina happy ending that saves the human race at the end, but even that doesn't prevent this movie from feeling more like a tragedy than a victory.

Nonetheless, I liked this movie. Many dramas don't have happy endings, and just because it doesn't end with a the entire world having a Star Wars celebration at the end doesn't mean it isn't a good movie.

The comparisons that have been made between 2001: A Space Odyssey and Interstellar are vague and inaccurate at best. Interstellar is similar to 2001 in that it's about a space voyage to discover something unknown, and it has a cosmic journey at the end where the audience asks "WTF?" and many critics say the director has given up and lost his mind. But that's entirely on the surface, as Interstellar is vastly different from 2001 in nearly every way. And even though the special effects in Interstellar are fantastic, and it even has scenes that take place in a vacuum with no sound at all, that's about all this movie has in common with 2001. The voyage to another galaxy uses a lot of science, and reportedly it tries to be as realistic as possible in its depictions of space travel, relativity and time distortion by gravity; but the story itself is based more on magic and belief than science. And no, I'm not saying this is a bad thing.

The story takes place at some time in the 21st century, where the technology is barely more than what we have today, except for the way they've developed fully independent artificially intelligent robots and hyper-sleep hibernation chambers for interplanetary travel. But despite these advances in science, the human race is dying. Earth is suffering from a blight, a plague, that is destroying all of our crops, and presumably all plant life, filling the atmosphere with nitrogen and reducing its oxygen content to the point where the human race is expected to suffocate and die within the next generation. And Humanity has simply given up and accepted its fate. Technological development, and especially space exploration, have been wiped out and censored by society, to the point where schools teach history classes saying the Apollo moon landing was a hoax, and about the only occupation left for anyone is to be a farmer. NASA was wiped out and forgotten, until its existence is discovered by hick farmer Joseph Cooper, who discovers it based upon some mysterious coordinates left in his daughter's bedroom by a ghost. Ummm…what? Yes, the movie does explain all this, but this is what I mean when I say this is based more on magic than science.

I have some difficulty with Matthew McConaughey in his role as Dr. Cooper, largely because he mumbles his lines so much. You have to watch this movie on video with subtitles on to understand what the heck he's saying most of the time. He's a hick farmer who was a pilot and engineer before the blight struck the world, and what's more, he also happens to have been a former NASA engineer. When he discovers a secret NASA base (at the former NORAD site!), he recognizes a number of his old comrades, including the head of the project, Professor Brand (Michael Caine); and what's more, they're more than willing to recruit him to pilot a secret space mission to save humanity. So, yeah, we're stretching the limits of belief here. If everyone wasn't doing their best to be believable and not over-the-top, this could become really cheesy, really fast. But somehow it doesn't, and I think it's because the movie produces that feeling of sadness and hopelessness. This helps us to accept this outrageous scenario, and we watch as Joe prepares to leave his family, knowing he'll probably leave his daughter forever. She knows this too, and she hates him and will never forgive him for it…almost.

So, our hero Dr. Cooper joins a team of explorers, including Dr. Brand's daughter (gotta have that romantic subplot, of course), a couple of other stock characters, and a fancy robot named TARS…who isn't a cute robot, but of course he's a wisecracking robot. Science fiction movie cliché #223, the robot character must always be comedy relief. And so our heroes take off to explore a mysterious wormhole that somehow appeared in the area of Saturn, but which is a gateway to a solar system in another galaxy. In this system are twelve planets, three of whom are potential candidates for Humanity to emigrate to…except that the center of this system is a huge black hole, named Gargantua.

Once we enter into this strange new place, the movie does its best to dazzle the eyes while still giving us a sense of hopelessness. Our heroes discover this mission has been doomed from the start, and one of their duties is to discover what happened to the crew of a previous mission sent to explore this solar system. We see astounding views of a watery planet with tidal waves as high as mountains (caused by the gravity of the black hole), and an ice world inhabited by the sole survivor of the previous mission. But pressing down on everyone, as smothering and overwhelming as the gravity of the monster black hole, is the sense of loss, of feeling that they are watching their loved ones back home age and die, and despite their efforts to discover a new home for humanity, all hope seems lost. The effect of the black hole's gravity on time is causing years and decades to pass by in the space of a few hours, and this means their journey is indeed a one-way trip.

Meanwhile, back on Earth, Professor Brand and Cooper's daughter struggle with a complex mathematical problem that is closely tied to the interstellar mission: how to move the entire population of Earth from their dying world to a new world, once it's discovered by the explorers. But there's a huge, monstrous lie and cover-up embedded in this, a conspiracy that adds to the sense of hopelessness throughout the entire movie, and which closely involves the interstellar mission. It's telling us that some problems can't be solved by science, and ultimately the answer lies in something beyond science, a magical solution that's somehow hidden at the center of the black hole. If the movie falters at any moment, it's where it attempts to leap beyond science and suggest the world can be saved not through science, but by loving one another. Unfortunately the movie's argument isn't as convincing as it should be, as we are asked to rely on faith to give us the answer to a problem that science can't solve.

The buildup to the climax involves yet another science fiction cliché of one character who has gone insane, and who tries to murder the rest of the crew. It's a credit to this movie's favor that it seems believable, though the casting of Matt Damon in this role is unintentionally funny because his next role after this movie was in The Martian.

And finally, as the explorers find themselves marooned and their ship beyond repair, we embark on the voyage into the unknown, as we cross the event horizon and journey into the black hole itself. This is where the "cosmic journey into the unknown" happens and the comparisons to 2001 come into play. However, this movie is light years apart from the 1968 science fiction classic, especially because the movie attempts to explain "what's happening," rather than leaving it open ended for the audience to discuss and argue over.

SPOILER ALERT: It's a mind-boggling and confusing explanation, involving "fifth dimensional" beings who may actually be humans from the far future. Apparently these humans built a huge five-dimensional tesseract inside the black hole, and because time itself is compressed into a singularity inside the black hole, it exists in the past as well as the future. This is about as scientific as it gets, as the movie then shows us the true salvation of humanity is based on love. Yes, love. Love, peace, togetherness, flower power, and love is all you need. I'm not going to try to explain this any more than that, because I've already spoiled enough of the movie by telling you there's a five-dimensional tesseract inside a black hole. I'll only say one more thing: the secret key to saving Humanity lies at the center of the black hole, and it involves Morse code. By spelling it out in Morse code, here's what we get:

And yet, somehow, it all works. Much like 2001: A Space Odyssey, critics have been divided in declaring Interstellar to be either a masterpiece or a failure. Personally, I'm declaring it a success, as it's a well-told story that I did enjoy…even though I wish McConaughey hadn't mumbled so many of his lines.

One lasting effect of Interstellar has been the way black holes are pictured in the media. Before this movie, a black hole was depicted as a spinning whirlpool in space, with Disney's awful The Black Hole as one of the worst offenders. Thanks to Interstellar, nearly every depiction of a black hole, in all media, has been something that resembles Gargantua.