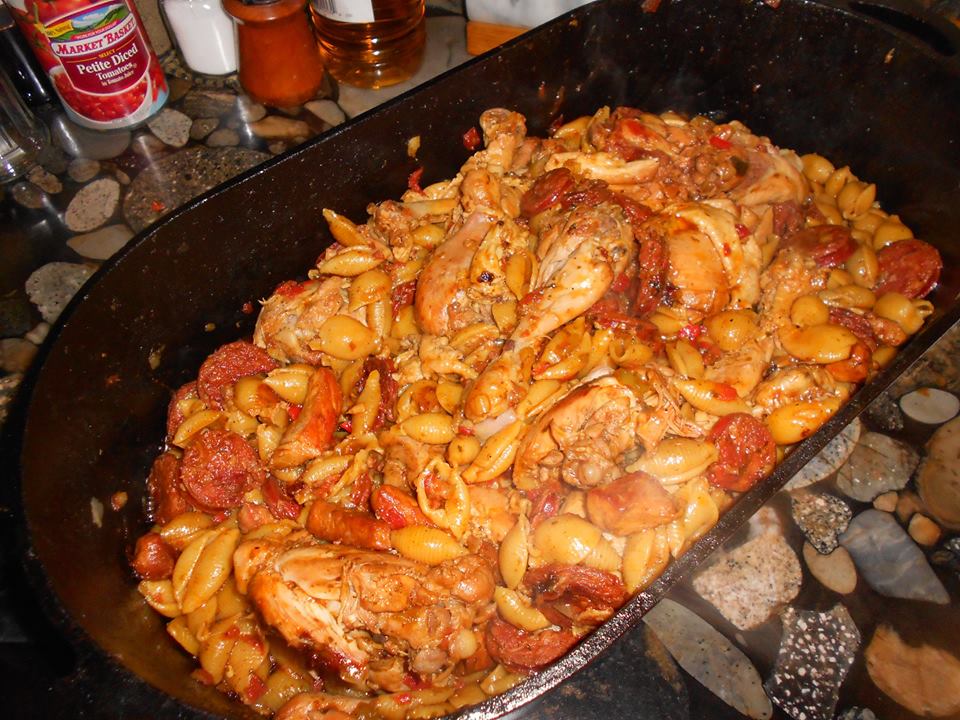 This is a modern variation of jambalaya that uses pasta instead of rice. It really is that simple! The ingredients require some preparation, but not very much. This dish was completely prepared in two hours, including half an hour to preheat the cast iron pot, chop the vegetables, and slice the pork and sausage; plus an hour and a half to completely cook everything.

Chop the onion, pepper, celery, and mix together in one bowl. Press (or crush) and chop the garlic, and add to the mix. Cut the sausage and pork into half-inch slices and keep them each in their own bowls; don't mix them in yet. Finally, in one large bowl, add the chicken pieces.

Heat your dutch oven on the stovetop for about 10 to 15 minutes at medium heat. (That's all you need to get cast iron good and hot - medium heat and some patience to wait.) Add cooking oil or lard and heat for one to two minutes, to get the oil hot. 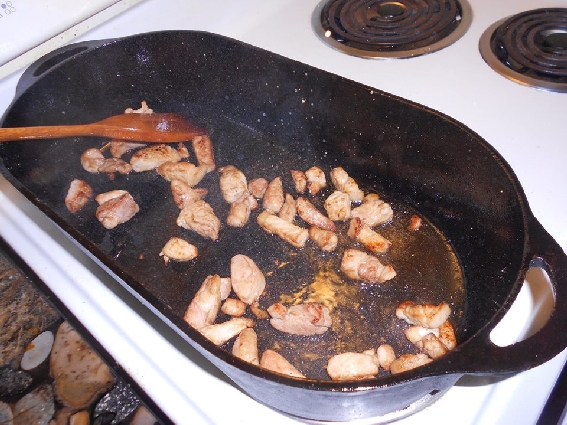 Add pork pieces to the pot, and cook about ten minutes. The pork will be tender enough to come apart under pressure from your spatula or ladle. 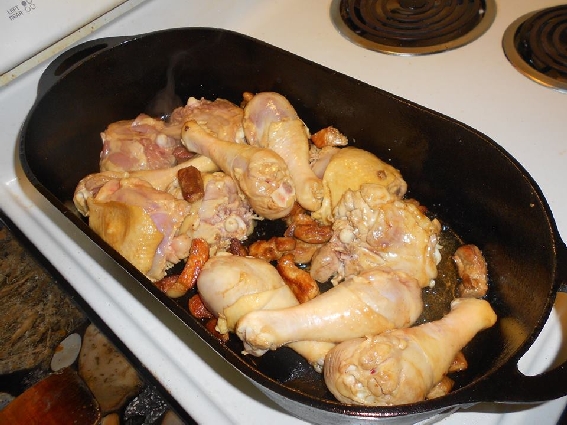 Add chicken pieces, and cook another five to ten minutes until the chicken is browned. 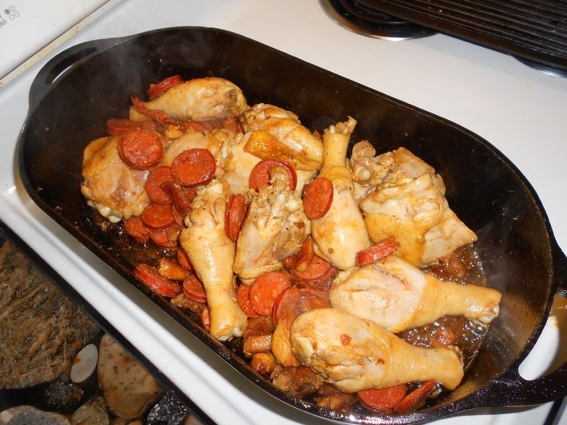 Stir in sliced sausage and cook another five minutes, stirring constantly. Cover the pot and let the meat simmer for five minutes. 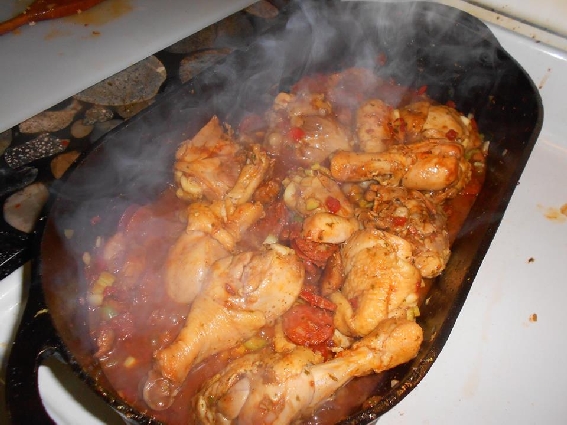 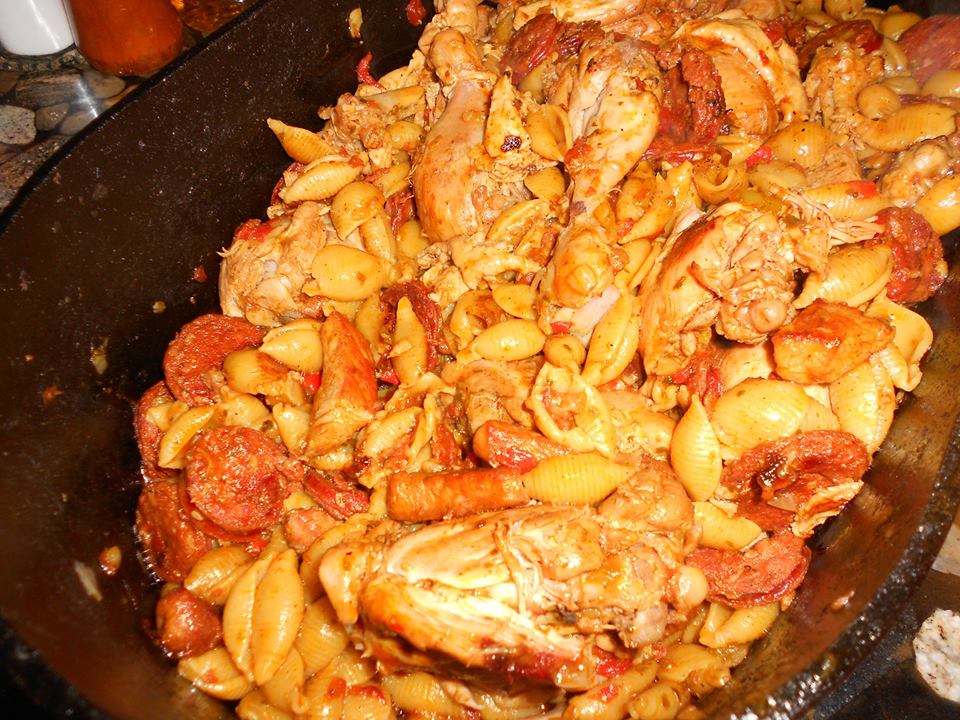 Add pasta and liquid (broth or water). Stir it all together. Lower stovetop heat to low. Cover the pot and simmer for 15 minutes. Stir everything, cover the pot, and simmer another 15 minutes to cook the pasta to al dente.