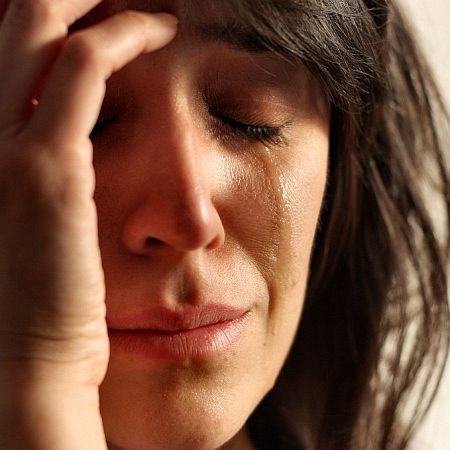 If there's one kind of anti-vaxxer that really infuriates me due to that person's utter hypocrisy and shamelessness, it's these poor weeping Internet mommies telling horror stories about "My poor innocent child was injured by vaccines." The sad part is they never offer any kind of proof or verification or evidence to demonstrate they aren't outright LYING to us. All we ever get is "How dare you! Waaaah!! Think of the children!" And more crocodile tears, usually with a statement about "I'm so offended because this is the TRUTH! It's TRUTH because I wrote the word TRUTH in capital letters!" And if people think it's shameful to ask for something like a doctor's statement, medical report, or police statement stating this is a vaccine injury, I suggest rather that it is more shameful for these whining Internet mommies to flaunt their children to strangers on the Internet in order to get pity and attention for themselves. Many of these anti-vaxxers are falsely inventing cases; they are even stealing photos of suffering children from medical Web sites, then lying and pretending those are photos of children with "vaccine injuries." Personally and in my opinion, those are some of their most despicable and shameless actions, yet it happens all the time among that crowd.

TL;DR: You say your child was supposedly injured by vaccines? Prove it.

How to Get Attention On The Internet For Fun And Profit

Here are four basic steps on how these weeping mommies get attention:

Did the doctors say your precious snowflake was harmed by something other than vaccines – such as, for instance, rubella or domestic abuse? Then tell everyone this is a lie, and the evil doctors don't care about your precious child. They just want to keep poisoning everyone with vaccines.

Here are a few things you will never find on the Web sites for weeping anti-vaccine mommies: Actual copies of medical documentation. Inquests. Autopsies. Follow-up studies. VAERS (Vaccine Adverse Event Reporting System (VAERS) case IDs. Police reports. Medical data. There will never be any acual proof of so-called "vaccine injury" on these Web sites, because these poor children were not injured by vaccines. Of course, all these Web sites will ever tall you is that THE TRUTH is being covered up and hidden by those evil doctors.

It's interesting to note that these crocodile tear weeping mommies have no problem or reluctance to post horrible pictures of suffering babies for strangers to see – pictures that should be private. But ask for something like a VAERS case ID, and these self-same "grieving parents" become upset and declare you to be heartless and cruel. This, of course, is just an attempt at pity.