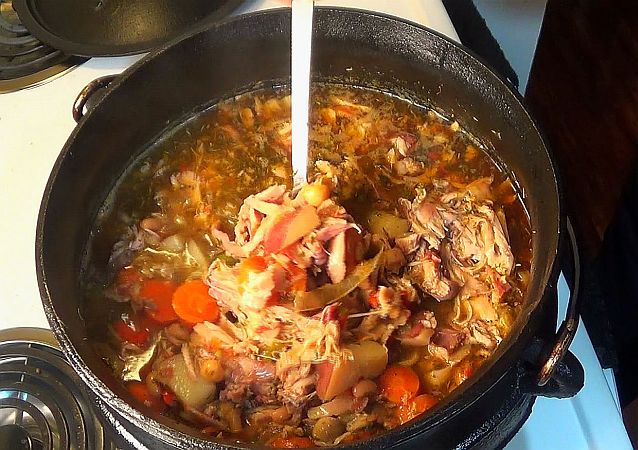 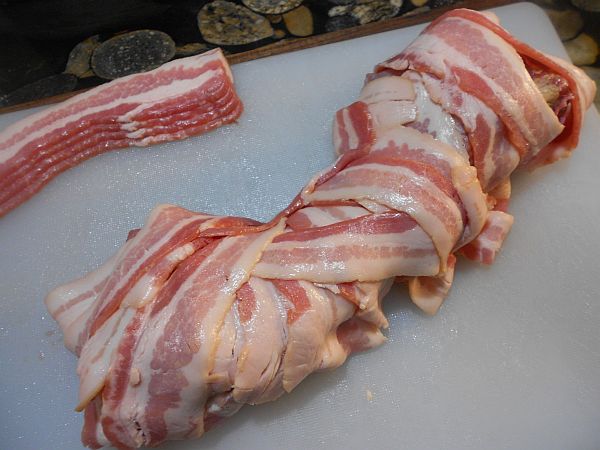 July of 2011: My very first time having rabbit was only two weeks ago. I'd purchased a skinned and gutted rabbit at a big Oriental food supermarket; and after doing some Web research on preparing rabbit, a friend and I threw together this simple recipe for rabbit stew. We went to the beach, set up a propane grill with a cast iron pot, and simmered up a great tasting stew. It was so good that I got two more rabbits and took them with me to the 8th annual National DOG (Dutch Oven Gathering) in Wooster, Ohio last week. I cooked the rabbit stew for the DOG pot luck dinner on Friday evening. Since then, I've been asked by seasoned dutch oven cooking veterans to provide the recipe for the rabbit stew; and this morning one of my co-workers invited me to come to his wedding especially so I could make the rabbit stew and serve it at the wedding reception. Not bad at all for a simple stew recipe!

(At the 2011 National DOG, I doubled these amounts and cooked them in a 9-quart pot.)

Fill your pot one-third of the way with water or broth. Wrap the bacon around the rabbit, and place it in. Chop up all of the ingredients except the garlic cloves; peel the garlic cloves but leave them uncut. Add everything to the pot. If your stew is at less than the two-thirds level from the top of your pot, add water or chicken broth to bring it to that level. Add a few dashes of Worcestershire for extra flavor, plus black pepper to taste. Mix it around, and cover the pot. Bring the stew to a boil, then lower the temperature and simmer it for a little more than an hour, until the meat is fall-off-the-bone tender. When the stew is ready, turn the heat back up for a couple of minutes, then take it off of the heat and set it aside to cool off until it can be eaten.