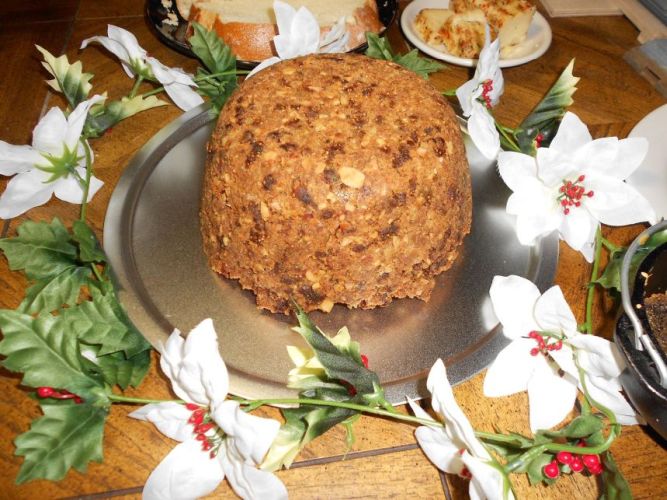 As a companion to Christmas Plum Pudding, we present the other mysterious Christmas dish that everyone sings about, but no one seems to know what it is: figgy pudding! A running joke among many modern day holiday celebrants is, "what the heck is figgy pudding?" It's a sweetened Bread Pudding, made with bread crumbs and suet – and a lot of figs. Once you've tried it, you'll know why those carolers were singing, "…now bring us some figgy pudding!"

Figgy pudding looks like a cake, but it's actually a British pudding. The major difference between a cake and a pudding is that, while a cake is made with flour and it rises in the oven when you bake it, a pudding is actually made from bread, or bread crumbs. It's also much more SOFT than a cake, which is why it's often called "sponge" in Great Britain. You may already know about bread pudding, and that's what figgy pudding is: it's a bread pudding with a lot of fruit added to it, especially figs. If you've ever had fig newton cookies, then you have a hint at what a figgy pudding tastes like - except that you serve it hot, serve a sweet hard sauce over it, and it's often made with rum or brandy or other liquors. You can add as much rum or brandy to your pudding as you want, and that may even get more people to eat it, especially if you're throwing an adults-only Christmas party.

Optionally, this dish is often flamed with brandy in the same manner as its famous cousin, the Christmas Plum Pudding.

(This dish also extremely rich and very heavy. If anyone can actually eat more than two pieces of this, they'd be a glutton on the order of Henry VIII.) 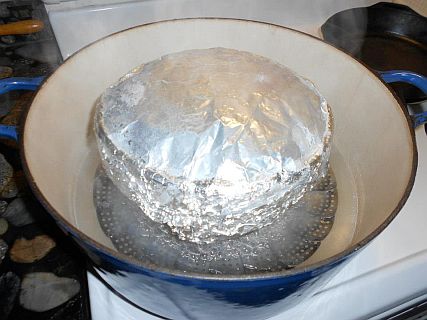 This dish is amazingly easy to prepare, and it's large enough to provide dessert for a big family! Prepare the ingredients by grinding the suet, grinding the figs; plus, peel 1 apple, remove the core, and mince.

Grease a two-quart mold. Pack the pudding mix into the pudding mold. You can pack the bowl all the way to the top, because the heavy pudding won't rise very much as it steams. Cover and steam the pudding in a covered pot for four hours, refilling the water every hour. 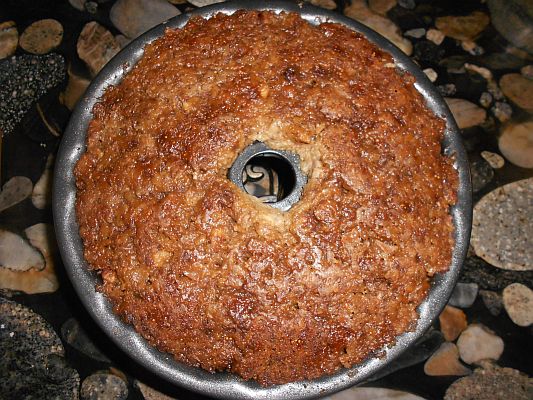 When steaming is finished, remove the cover and let the pudding sit for ten minutes. Flip the pan onto a plate and remove the basin.

Serve the pudding hot! That's why the carolers in that song are demanding figgy pudding be brought to them: not only is it absolutely delicious, it's also a warming treat for celebrants singing outside on a cold winter's eve. (This pudding reheats well in the microwave oven.)

The pudding is crumbly and will need to be served with a ladle, in bowls topped with vanilla ice cream and a dash of cinnamon. Or, if you're serving a more adult-oriented dinner party… 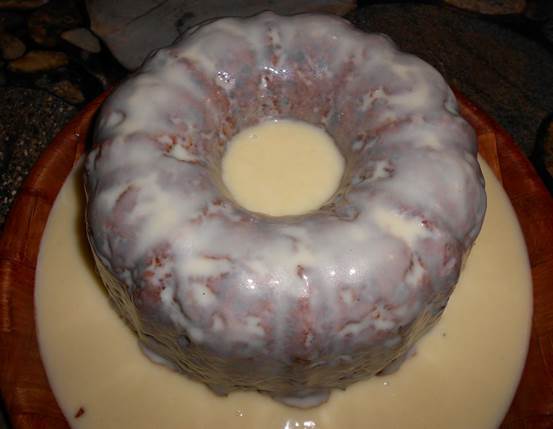 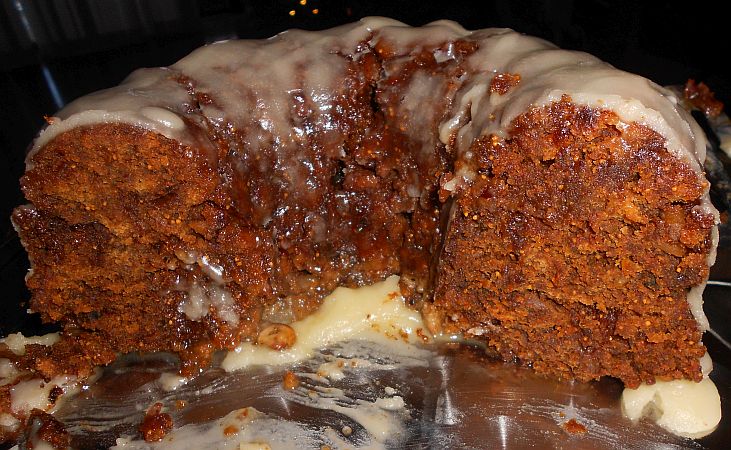