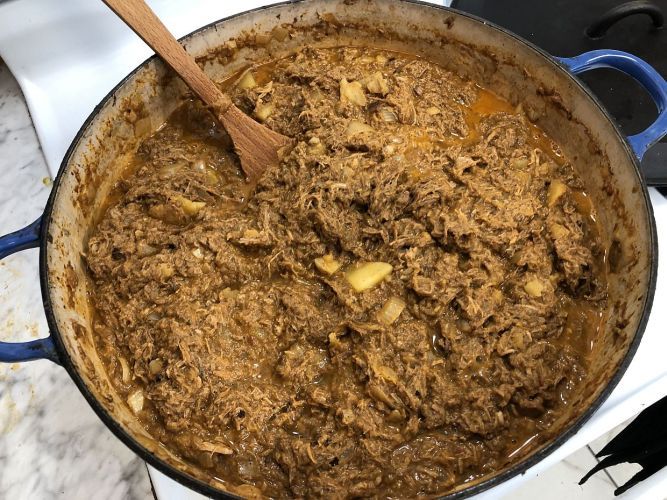 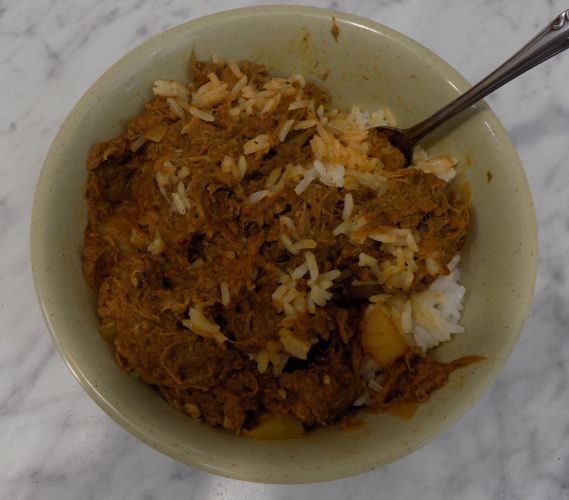 What, exactly, is South Carolina hash? This is one of those secrets they don't tell us Yankees about. Heck, quite a few persons living in South Carolina these days have never heard of hash. I discovered this hidden treasure on a road trip to South Carolina in 2019, and upon trying it I knew I had to make it myself. One way to describe barbecue hash is to call it an extreme pulled pork, stewed in mustard-based barbecue sauce. I've learned the really serious hash is made from the entire hog, using "everything but the squeal," and boiling it for nearly twenty-four hours until it's nothing but a huge pot of well-cooked pork. But for those who may run away screaming from the idea of eating an entire hog, this dish is exceptionally popular and much easier to make.

There are many different recipes for Carolina hash, and some of them use almost nothing but beef rather than pork. I cobbled together a recipe that combines the most popular parts of Carolina hash, in a manner that can be made in one big cast iron pot…especially a really big pot. It's actually very simple to make, but it can take close to a full day to slow-cook this dish. If you want to prepare this for a gathering of family and friends, be sure you have a lot of time to spare.

(A number of recipes for hash require the meat to be ground up in a grinder or food processor before it's cooked. This will give the finished hash a consistency similar to really thick gravy or paste. Personally I don't think that's necessary, because it doesn't affect the taste of the hash.)

Pans needed: One huge cast iron pot – preferably enameled cast iron if possible. This dish uses lots of vinegar and tomatoes, and these can affect the seasoning of a bare cast iron pan.

Remove skin from pork shoulder. Cut beef into large pieces. Place it all into the pot. Splash vinegar all over the meat. Coat meat with salt, pepper, garlic powder. Cover and slow-cook 9 to 10 hours at 250 degrees Fahrenheit until it all falls apart.

As meat is cooking, prepare mustard BBQ sauce (see below).

Chop up potatoes and onions. I prefer my potatoes with the skins on, though you can peel your potatoes if you prefer.

After the meat has slow-cooked for nine to ten hours, remove the pot from the oven and place it on the stovetop burner. You can turn off the oven, as the rest of the dish will be prepared on the stovetop. Turn the stovetop heat to low-medium, enough to bring the pot to a simmer.

Shred the meat with two forks. The bones will easily come out and can be discarded. Leave the rendered liquid in the pot, so it can be used in the hash.

Add mustard sauce and ketchup to the pot. Add vinegar and ground pepper. At this point some recipes call for adding hot sauce to the hash, but I think this dish is spicy enough as it is!

Add potatoes and onions to the pot. Stir everything well and mix together. Add enough water to cover everything, and stir it all around again.

Cover the pot and simmer the hash until the potatoes are soft enough to mash. This can take anywhere from three to six hours. Stir the pot every hour or so. Continue simmering as long as necessary, until you feel everything is soft and mashable.

Use a potato masher to mash the entire hash, meat and potatoes, until the potatoes are mashed and blended in with the meat.

Add 1/2 pound (two sticks) butter to the hash. Stir it all until the butter is melted and mixed in.

Prepare a pot of rice, to serve with the hash. The hash is served over a bed (or bowl) of rice, and your guests can mix it together as they eat. 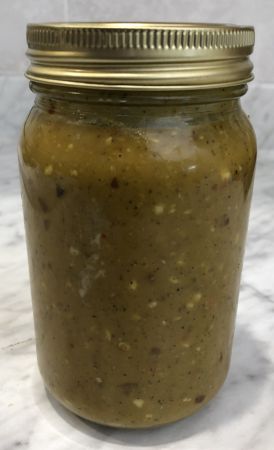 I was amazed how easy this was to put together, and how much it blew me away. Then again, I've been a vinegar-holic for my entire life.

Apparently the butter adds consistency to it, though I think it's added to the sauce more from tradition than anything else.

When I took my first steps learning how to cook, the lady who influenced me made a point of never cooking with ketchup. Because of this, I've put together a very simple ketchup substitute that's less sweet and more savory than "regular" ketchup, but it can still be used in place of ketchup in any recipe or dish.