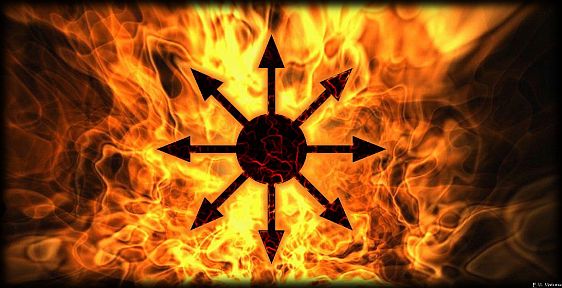 Chaos Magic is part role-playing and part sincere belief. Much of the fun in it comes from the way that only you know how much is genuine and sincere, and how much of it is complete and utter bullshit. Summoning Cthulhu and Duke Arioch? Casting magical sigils? Meditation and gnosis? And what is this crap I've been spouting about cooking magic? Even the members of the Church of the SubGenius have wondered if I've gone off the deep end, by declaring my cooking to be "magic" and embracing much of the pagan witchery that, until recently, I declared to be utter nonsense.

And that is why I am enjoying myself immensely as I explore the path of Cast Iron Chaos.

The Only True Magic: A rationale for Cast Iron Chaos

Religious Nonsense from All Walks of Life