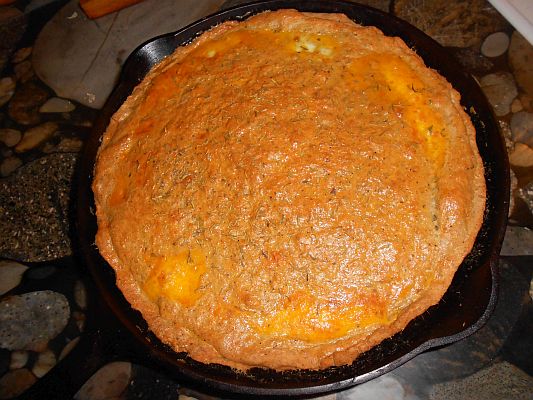 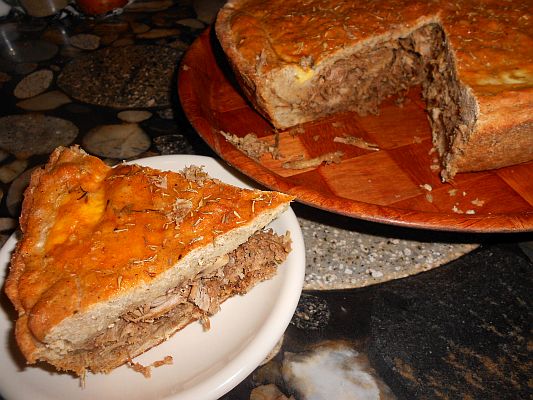 Between this and my Yuletide Corned Beef recipe, this certainly shows I'm a carnivore at heart.

Slow-cooking the pork shoulder can be done in advance. Simply place the pork shoulder into a large cast iron dutch oven. Mix together a simple rub, to flavor the meat without overpowering it. Coat the top of the pork shoulder with the rub. Cover the pot. You do not have to add additional liquid to the pot, as the shoulder will release plenty of liquid as it bakes.

Bake for six hours at 260 degrees Fahrenheit. When finished, the pork will be falling off the bone. Remove the bones and extra fat. Reserve the liquid into the same bowl as the bones. This will be used for preparing gravy.

Shred the meat with two forks. 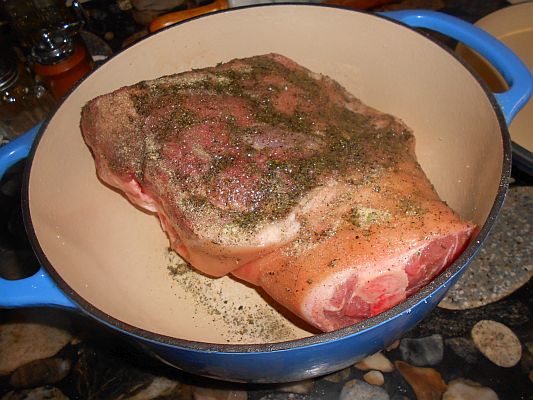 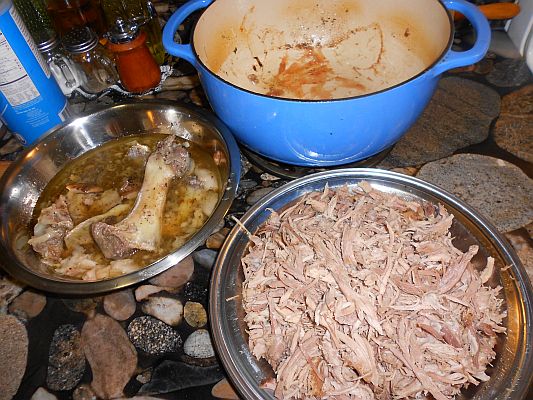 Prepare pastry crust: In a large bowl, mix together flour, baking powder, salt, and pepper. Add suet. Stir it all together, and begin adding water, a little at a time. Mix it all together until you have a soft dough. Separate into two dough balls. Roll out one dough ball for the pie pan crust, and keep the other aside for the pie top crust. Grease pie pans or a dutch oven with shortening, then press the dough into your pie pan. 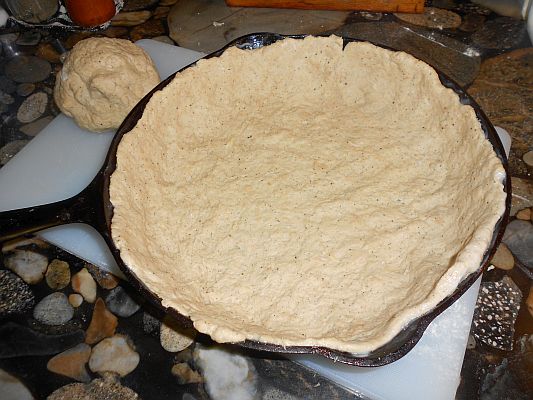 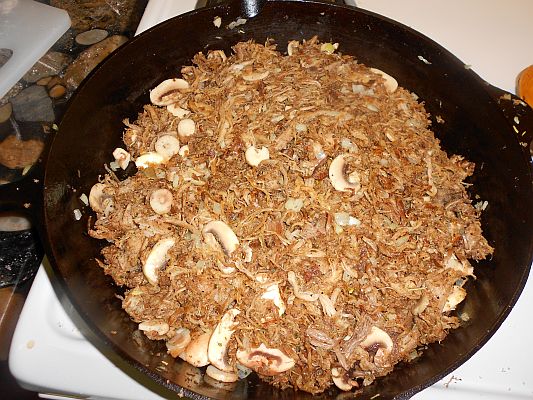 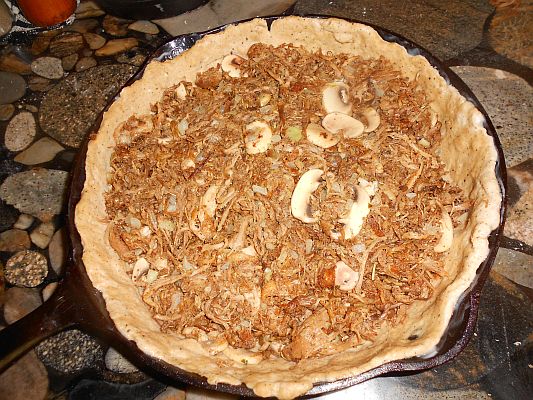 In a large cast iron frying pan or dutch oven, heat oil or lard and stir in onions, pepper, mushrooms. Add bay leaves to pan, stirring in. When the onions are caramelized and the mushrooms are soft, remove the bay leaves. Remove the mixture to a metal bowl, to add back in after the meat is cooked.

Add ground beef to the pan (with the fond from the cooked aromatics), and cook until browned. Add pulled pork to pan and stir it all together. Mix in 1/2 stick (1/4 cup) of butter as the meat is browning. After five to ten minutes, add broth to the pan. Continue heating and stirring until the liquid is hot and bubbling. Mix in another 1/2 stick of butter and stir it together to melt the butter. Add the bowl of bread crumbs and spices and stir it all into the mix. When everything is thoroughly mixed together into a thick paste, remove it from the pan and add it all to your pie pan. Roll the other ball of dough into a top crust and place it over the pie. Crack egg into bowl and stir, then brush egg wash over the top of the pie. Sprinkle the top of the pie with thyme. 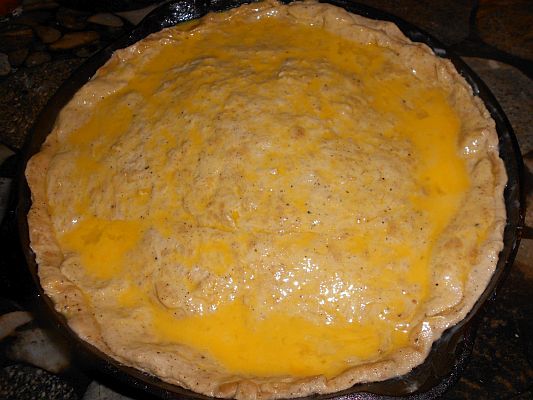 Place in oven and bake at 350 degrees F for approximately one hour, until the top is browned.

The bread crumb filling can tend to dry out this dish, and gravy is an essential side for serving. But when gravy is added, this is a wonderful holiday meal. 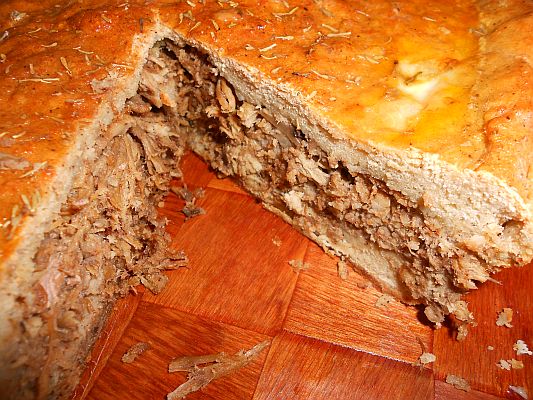