If I hadn't seen this one, I wouldn't have believed it. Last week I'd mentioned the once-famous, and now gone, Spag's market in Worcester, Massachusetts has recently re-opened as an antique marketplace. I dropped by there again today to look around. I was on the lookout for old kitchen knives, and didn't find anything satisfactory (one that looked nice, but too small for my needs)…and then, I came across this. This is a huge cast iron pot, measuring about 11 inches deep and 13 inches across at the widest point. I've seen these a number of times at antique shops in many locations, but without exception these pots have been rusty and cracked, often with holes punched in the bottom to make them into planters; essentially worthless. Except that this one…wasn't. AND, it was at a price far, far lower than one would expect for an iron pot of this sort. Antique vendors usually slap a ridiculously high price on a pot of this size because of the ongoing belief that "old is good, big is good, therefore old and big is better." I picked it up and examined it closely for cracks, and could not find any. The pot had been painted on the outside and inside, and brush marks indicated this was not a manufacturer's paint job. What's more, there was a mark on the bottom, partially obscured by rust or pitting. All I could tell was this: ER-- (maybe Erie), 82A, 8B, and something in the center that appeared to be -ARDMAN—-. I've been burned before, when I acquired a huge gate marked enameled pot last year that turned out to have lead in its structure. So, the first thing I did with this one was get a lead paint test from Lowes hardware. I tested both swabs on the pot, inside and outside. Both came out negative! So that means I can treat this one in the lye bath, and see if it can be restored.

According to the Cast Iron Cooking group, this piece is likely a Griswold (Erie) Flat Bottom Bulge Kettle, which can be dated to somewhere from the 1890s to before 1910. 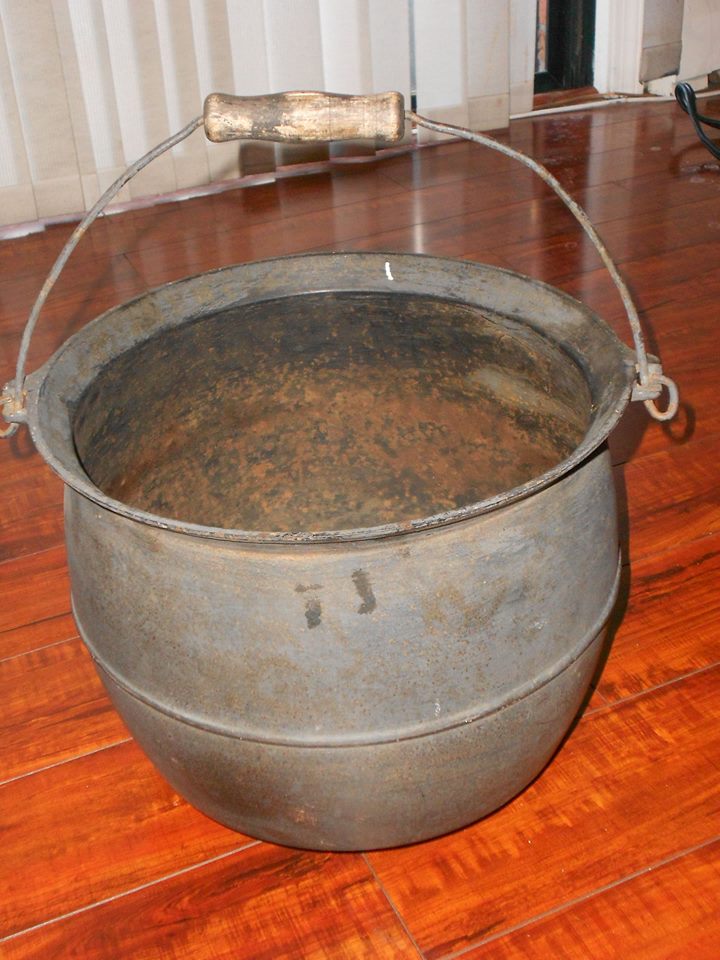 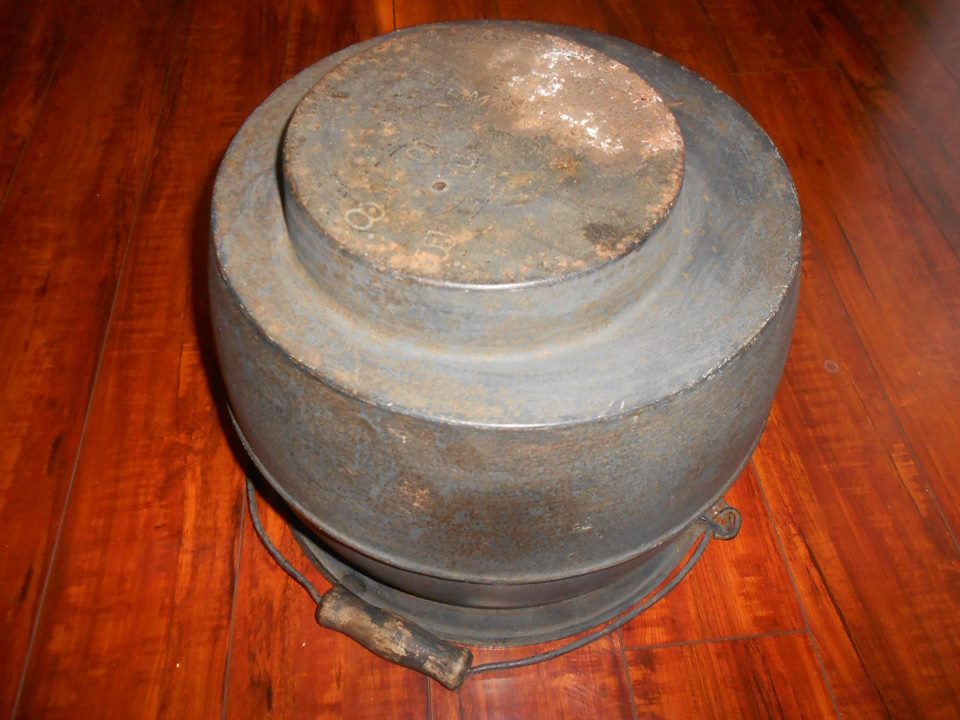 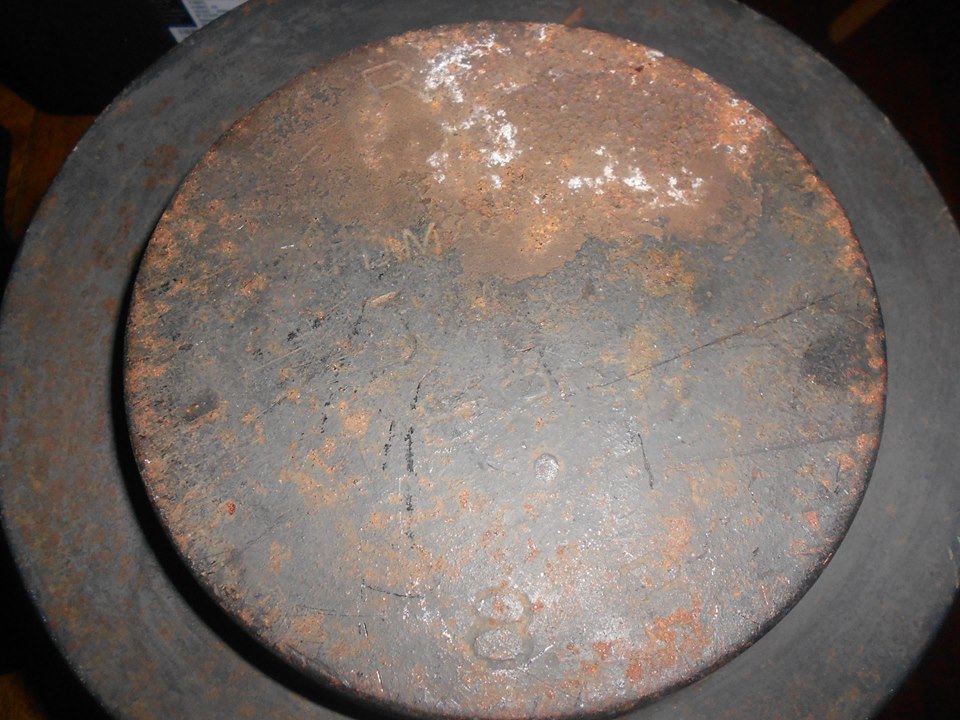