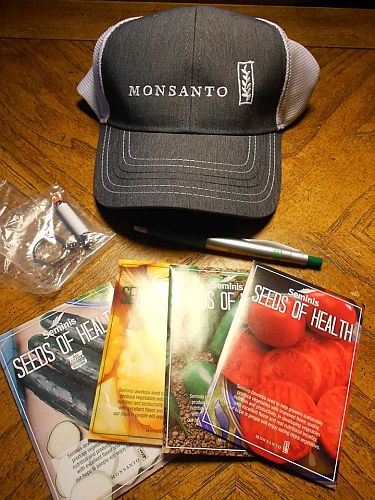 There, I did it. I've posted the evil name of MONSANTO. This name is whispered by conspiracy theorists, environmentalists, liberals – actually, screamed in as loud a voice as possible – as the ultimate Evil Empire of the modern world. Never mind Dow Chemical, Microsoft, Wal-Mart, or Blackwater. If you want to make activists furious and willing to follow your conspiracy theory, no matter how ludicrous or insane your theory may be – simply make sure to include the evil name of MONSANTO. Monsanto has been accused of taking part in every single harmful and evil deed related to bioengineering and the environment for at least the past fifty years, and Monsanto has been accused of an unbelievable amount of evil and wrongdoing. Some of those actions are apparently justified.

However, some of them are not.

That is the part that activists have trouble swallowing. No matter how absurd or impossible the accusation may be, it is simply inconceivable that any large corporation, even Monsanto, could actually be conspiring to take over the world's food supply and also be responsible for:

And then, there's the Agent Orange bit. During the Vietnam War, Monsanto was one of several companies contracted by the US Government to manufacture Agent Orange for use as a defoliant. This was done at the request of the military, and because of their contractural obligations, these companies (including Monsanto) produced the infamous chemical for military use. The rest, as they say, is history. Now, apparently because Monsanto was one of several companies that produced Agent Orange for the military during the 1960s, they are the epitome of evil and nothing produced by Monsanto can ever be trusted for the rest of eternity.

(This is despite the fact that everyone who worked for Monsanto during that time are long since retired or dead from old age. Meanwhile, the chemical division that actually produced Agent Orange was divsted by Monsanto, and has since been a part of Pfizer rather than Monsanto.)

Why am I sounding so sarcastic over this? Because of GMOs.