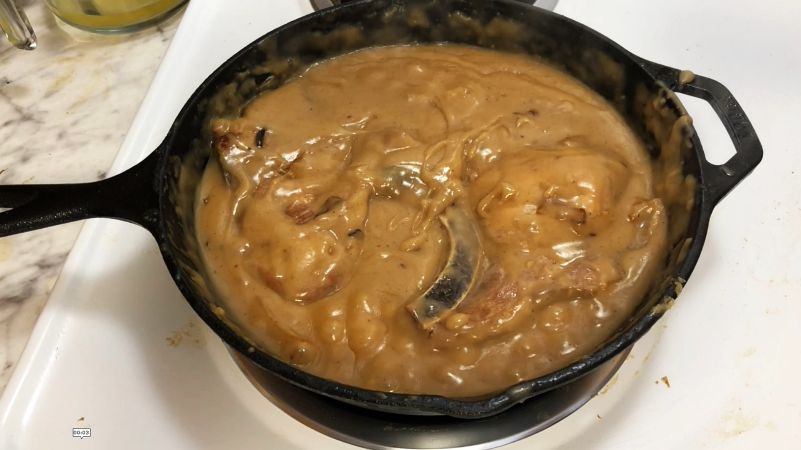 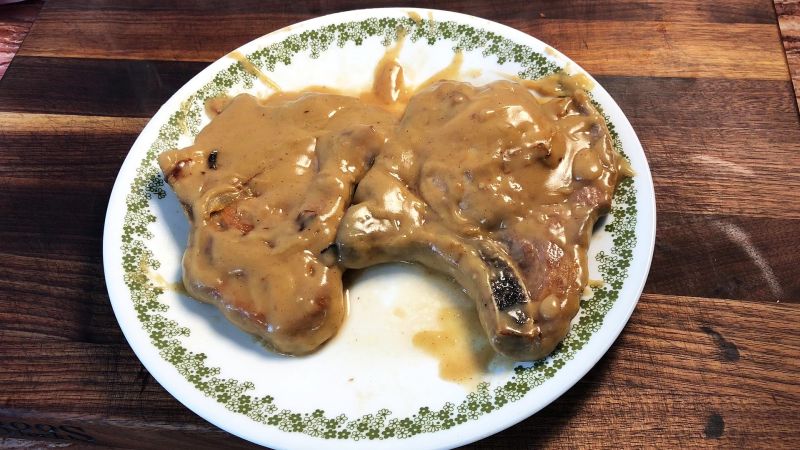 Pork chops are easy to make, but if you want truly exceptional pork chops smothered in delicious onion gravy, then it is absolutely necessary to cook them in a cast iron skillet. A cast iron pan is simply the best tool in the world for searing meat, to give the meat a good crust and bring out the best flavor. Just as important, a cast iron pan is vital for using the pan drippings to produce a thick, tasty gravy for serving this dish. Other pans will cook decent pork chops and a good gravy, but common folklore will tell you "everything is better when it's cooked in cast iron." And this dish demonstrates the truth of that saying!

Pans needed: a 10 inch (#8 sized) cast iron skillet, or larger if you want. Tongs for flipping and searing the pork chops; a spatula for stirring onions in the pan; and a whisk to mix the gravy. 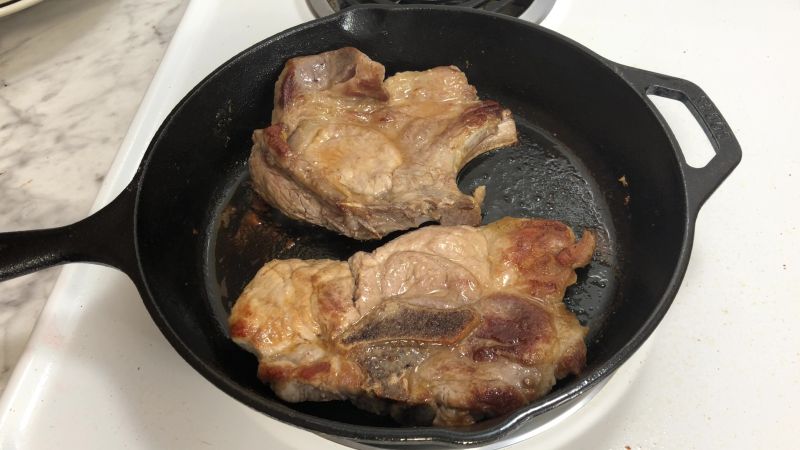 Before cooking, make sure the pork chops are thawed out. They do not have to be room temperature, but they shouldn't be frozen. Chop onions into large pieces and keep them in a small bowl or dish.

Place your cast iron skillet on the stovetop and heat it at medium heat for at least ten minutes. It's very important to slowly preheat the pan. Cast iron is actually a very poor conductor of heat, and if you heat the pan too hot then it will not heat evenly – the edges of the pan will be much cooler than the hot spot in the center of the pan. By heating the pan slowly, the entire pan will have a more even temperature.

The pan should be hot enough to sear the pork chops, 500 degrees Fahrenheit or more. If you don't have an infrared thermometer to check the surface temperature, the pan will be hot enough when a couple of drops of oil begin to smoke, only a few seconds after you drop them on the surface of the pan.

Flip every two minutes, and check the temperature of the meat with a thermometer. The pork chops will be ready when the internal temperature reaches 150 degrees Fahrenheit. Make sure to check more than one spot on the pork chops with the thermometer, to ensure the entire chop is thoroughly cooked. When the chops are at the right temperature, remove them from the pan and place them onto a plate to rest.

Add the onions to the hot pan, and stir fry them for five minutes or more until the onions are soft and caramelized. Keep stirring the onions in the pan – the pan is so hot that the onions can burn if you let them sit for too long.

Begin adding broth to the pan, a little bit at a time, and whisk it around to thin the roux and make gravy. Keep whisking the gravy, adding a little bit of broth at a time, until the gravy is good and thick. When the gravy is at the consistency you want, add the pork chops back into the pan, and mix everything together to completely cover the chops with gravy. Flip the pork chops and make sure every bit of the meat is covered with gravy. That's why these are called '"smothered" pork chops!

After mixing the pork chops in the gravy for about thirty seconds to a minute, remove them to a plate and serve immediately. The pork chops have already rested, so you can eat them right away and enjoy the hot onion gravy! 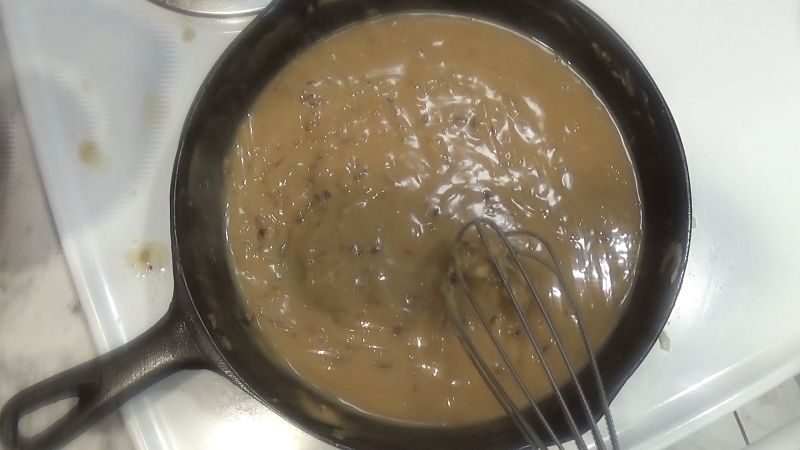