Over the course of its history, Birmingham Stove & Range produced a number of cast iron pans especially for baking cornbread. (Of course, these items can be used to bake dishes other than cornbread!) Several of these items were unique and became very popular, to the point where other companies produced their own imitations. Sadly, Atlanta Stove Works has been largely forgotten in the years since the company folded. But its cast iron legacy continues to live in on many products seen today, including the popular corn bread pans seen around the world.

In the later 1960s, Birmingham Stove & Range introduced a square cast iron skillet called the Breakfast Griddle. While Wagner, Griswold, and other manufacturers had produced square "breakfast skillets" with sectioned surfaces as early as the 1940s to 1950s, the 1960s breakfast griddle was the first of these pans from BS&R. Two obvious differences between this and the earlier breakfast skillets make this pan easy to identify: the BS&R breakfast skillet had a flat surface without separate sections; and it was far bigger than the other breakfast pans. 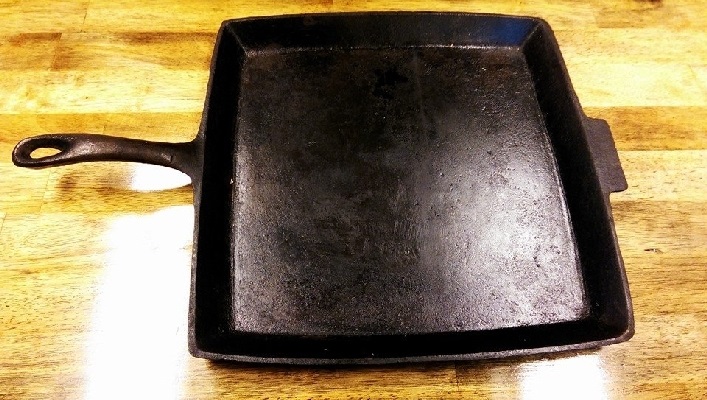 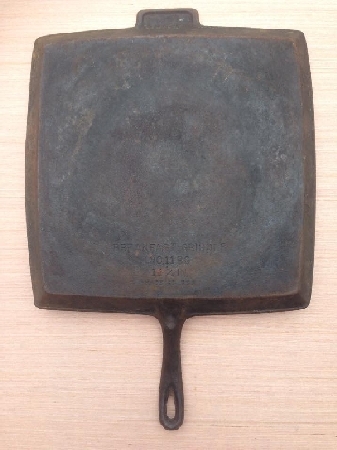 Photo of top of pan by Brad Woods. 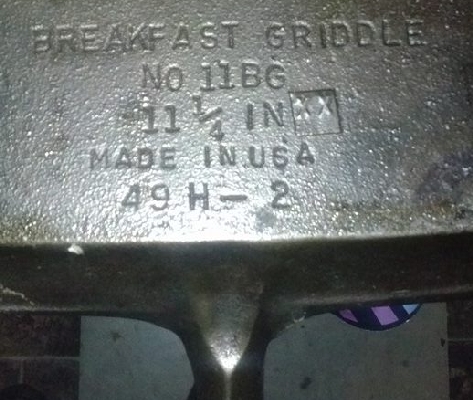 The breakfast griddle was marked with a description (BREAKFAST GRIDDLE), plus a size number and the exact size of the pan. In the 1970s, BS&R added a printed mold ID number on the bottom, at the same time they also marked their other pans with the mold ID. A pan with a mold ID is of later make, dating to the mid-1970s; if the mold ID is not present, then the pan was made between the 1960s to earlier 1970s. 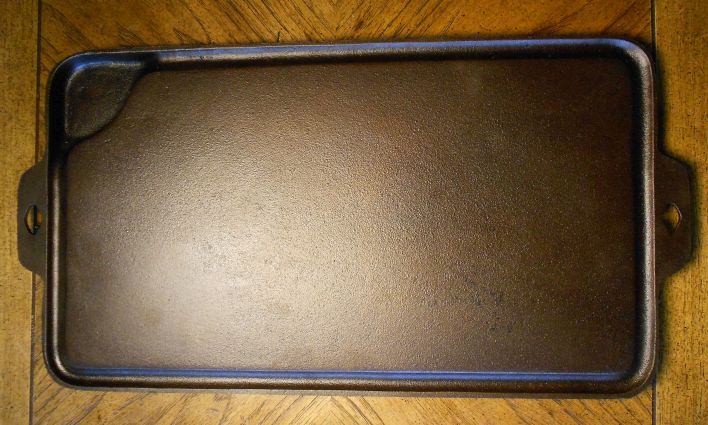 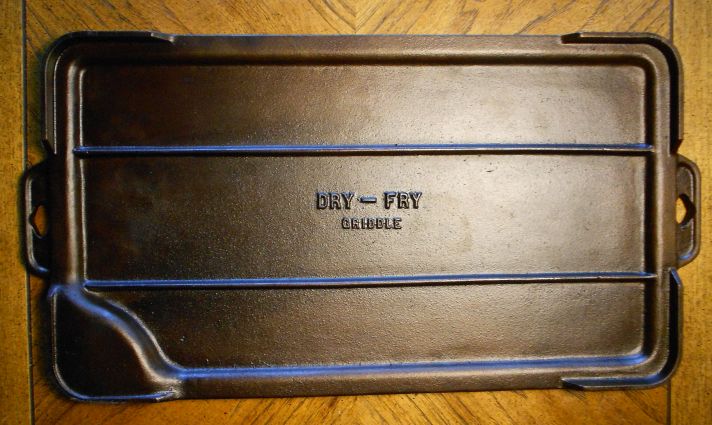 This huge piece of cookware was first produced in the 1950s, when the Century series of cast iron cookware was introduced by Birmingham Stove & Range. Measuring 11 inches long by 19 inches wide (21 inches to the tips of the handles), it weighs a hefty thirteen pounds. BS&R received a patent for the "two burner griddle with grease drain perimeter." The bottom right hand corner has a grease trap, so that grease runs off the surface of the griddle and is carried to the well for easy storage or disposal. 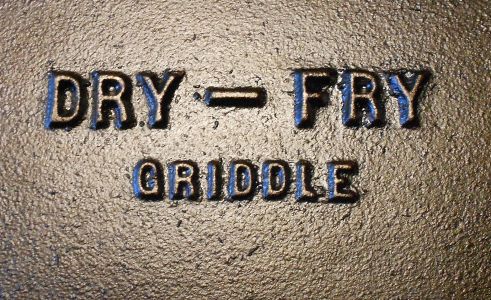