Difference (from revision 17 to current revision) 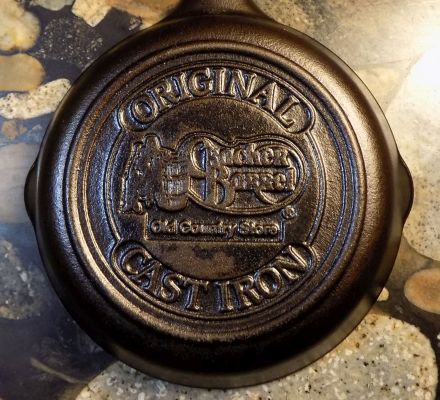 Here are photos of the cast iron pans sold at its restaurants as part of its "American Heritage" series: 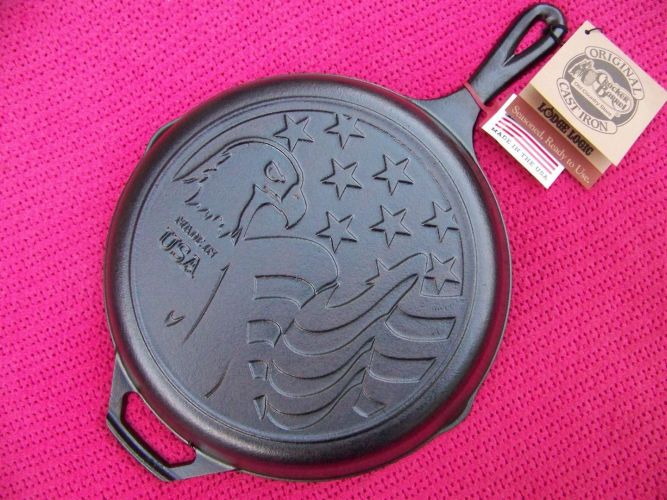 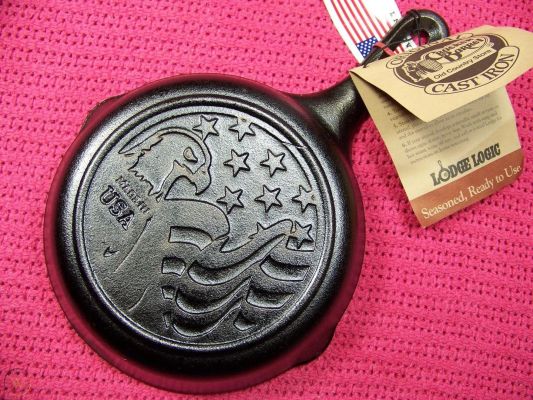 The Lodge Cast Iron "United We Stand" skillet from 2001: 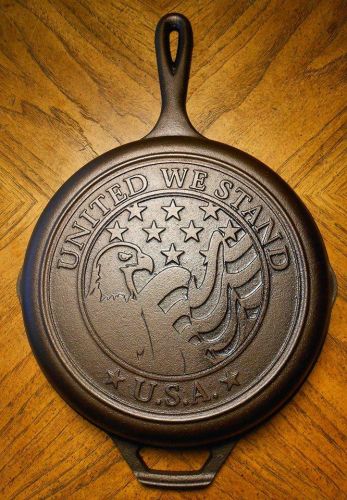 Cracker Barrel sold a skillet with a Statue of Liberty design. As with the 2012 skillet, this was sold in 10-inch and 6-inch sizes. 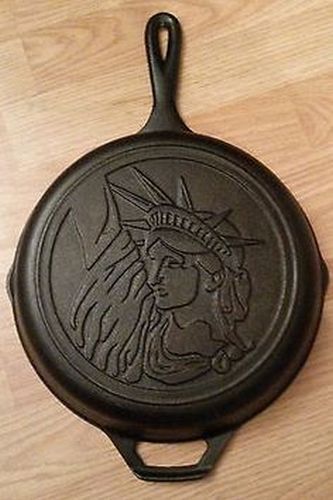 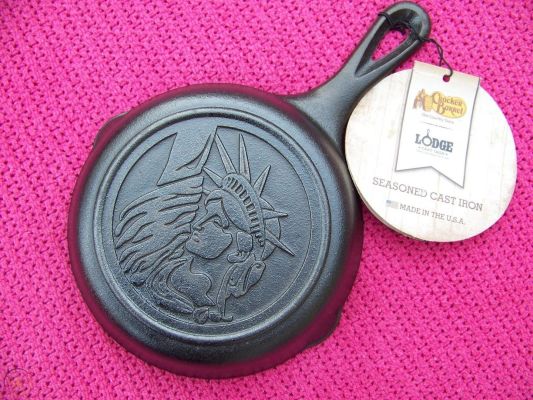 2014 was the first year Cracker Barrel officially produced its "American Heritage" series. In 2014 Lodge Cast Iron provided skillets to Cracker Barrel's restaurants with a design based upon the classic "Buffalo Nickel" coin of the early 1900s. All of the skillets in the "American Heritage" series have been only produced in a 10-inch size. After the 2014 Cracker Barrel series sold out, Lodge Cast Iron continued to produce the "Buffalo Nickel" skillet under its own name for several years after. Note that because this design was copied from the actual coin, it was not copyrighted because the United States Government cannot copyright its own productions. Therefore, Lodge was able to produce this skillet on its own without having to pay any licensing fees to the government – or to Cracker Barrel. 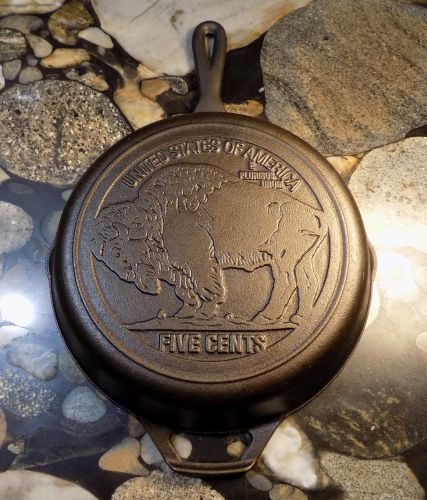 From 2015 through the present day, the "American Heritage" series has had a different unique design each year. 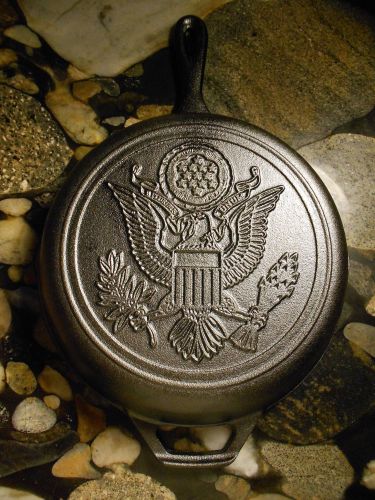 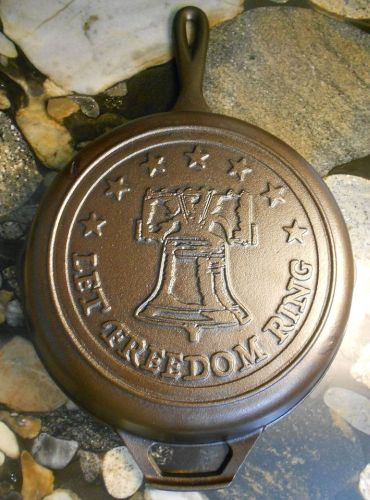 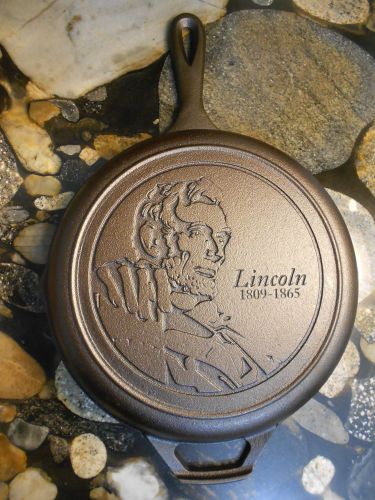 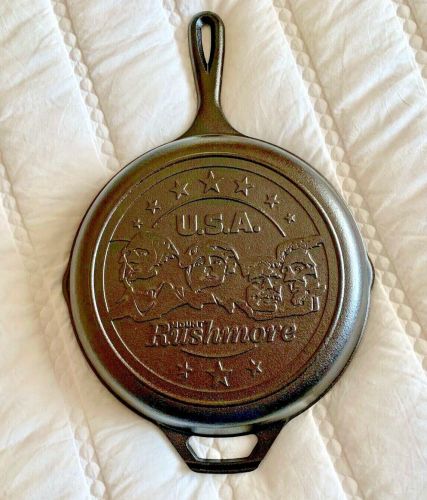 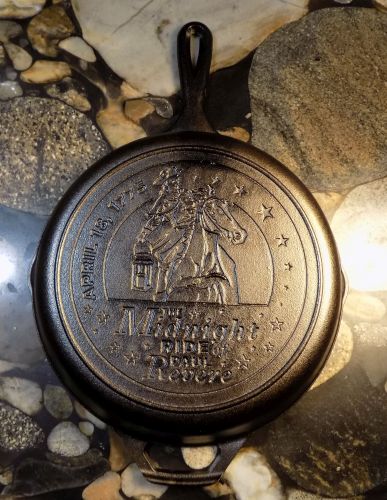 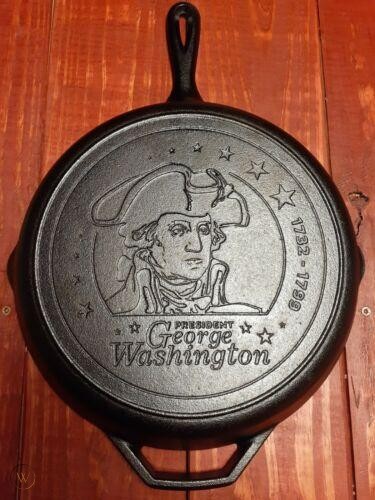 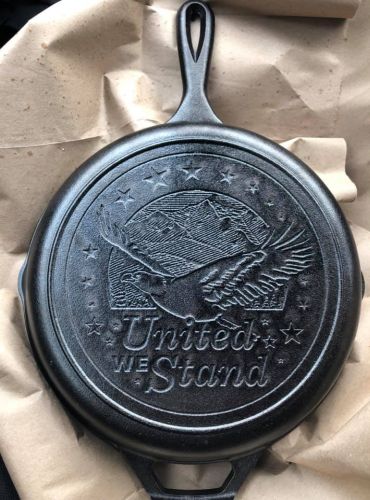 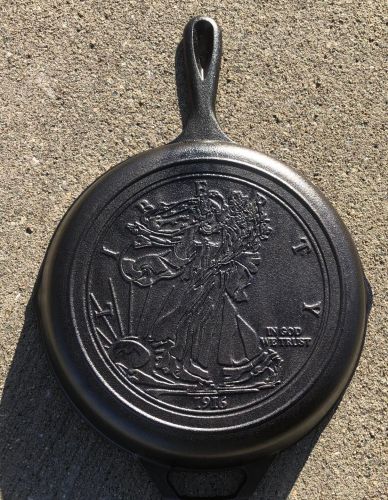 In 2022, Cracker Barrel named this design “Lady Liberty.” However, the design is actually based upon the “Walking Liberty” United States 50 cent coin from the early 20th century. As with the Buffalo Nickel skillet, iIf this new pan is based upon the design of the coin then the image is not copyrighted because it is a production of the United States government. (The pan is copyrighted by Lodge, but Lodge won't have to pay royalties to the US Government…or to Cracker Barrel, if they keep producing it after it sells out at Cracker Barrel.)