< : Here's a YouTube video of another simple one pot meal: [https://www.youtube.com/watch?v=LO7vTgRWL50 Oven Barbeque Chickan and Rice] 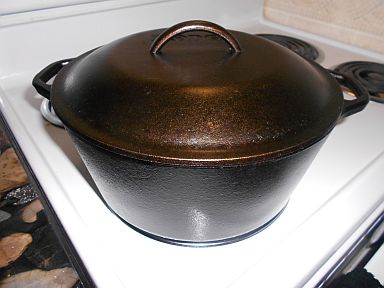 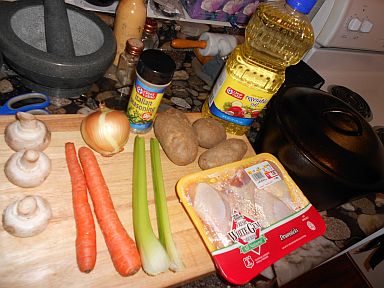 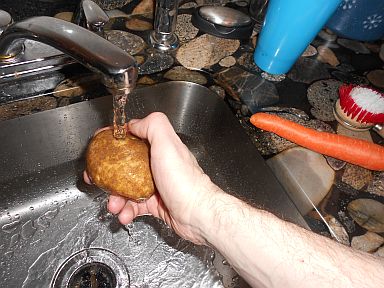 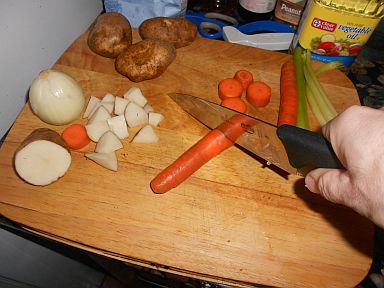 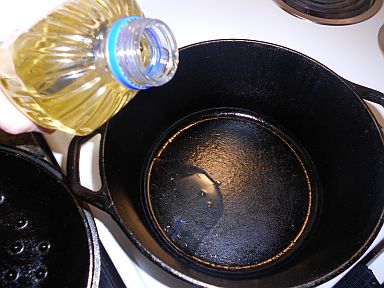 Add all of your chopped vegetables to the dutch oven and mix them around. Sprinkle "Italian" seasoning on top. This is my favorite spice combination, because at a cost of one dollar or less you get a mixture of oregano, sage, rosemary, thyme, marjoram, and basil – all of which are must-have spices that are well worth the cost of obtaining separately. For a first step, this so-called "Italian" seasoning will give you all of them at once. 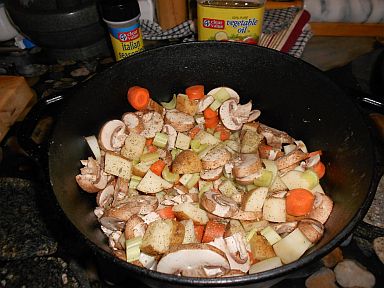 Add one cup of water to help steam the chicken. (If you have it, you can use broth instead of water.) 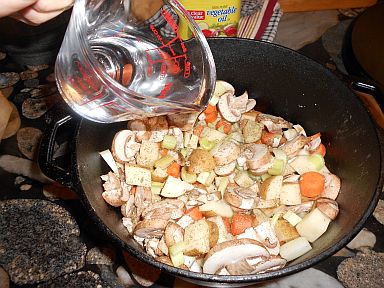 To kick it up a notch, add half a cup of white wine in addition to the water! (This step is optional. The alcohol in the wine boils out as the pot cooks.) 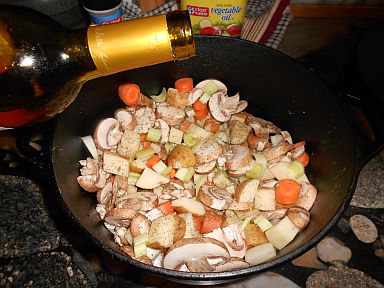 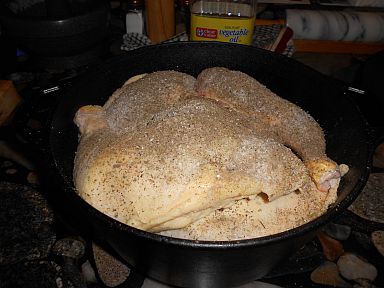 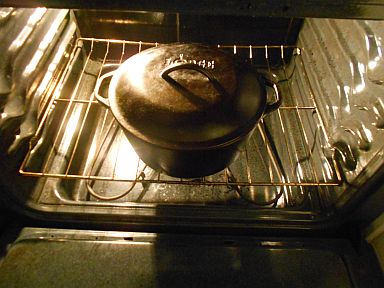 Set your oven temperature to 400 degrees Fahrenheit. Wait two hours. You don't even have to pre-heat the oven; the two hour waiting time includes time for the oven to heat to 400 degrees. Here is where the cast iron pot does your cooking for you. Cast iron is an excellent retainer of heat, and the heavy iron lid will prevent moisture and flavor from escaping your food. After the first half hour of heating up to 400 degrees, the pot will cook the food in its own juices for an hour and a half. 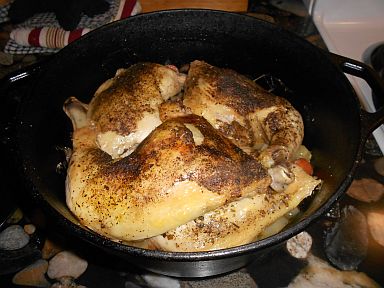 Regardless of what kind of meat you are cooking, two to two-and-a-half hours in a heavy iron pot at 400 degrees F will thoroughly cook it. The meat will be so tender, you won't even need a knife to cut it.

You can vary the ingredients to include just about any type of food you want to cook. Casseroles are made in this manner: just lay the meat on top of a bed of rice, using 2 cups of water or broth for every 1 cup of uncooked white rice (see also: How To Cook Rice). Add a can a can of cream of mushroom soup for flavor, plus any additional vegetables, spices, or flavorings you want. You can make this with chicken on the bone, or unboned; you can make steaks, ribs, roasts, chops, shoulders; and just add more liquid to the pot to make stew. Lower the temperature to 250 degrees F (just over the boiling point) and leave the pot in your oven for several hours, and you have a slow cooker that will put the best crock pot to shame. Make an entire roast chicken by simply coating the chicken with seasoning, placing it in the dutch oven on a bed of vegetables, and cooking it at 400 degrees for two to three hours. In short, this recipe is the foundation for a hundred different meals or more, all delicious and satisfying. It is the start of a mouth-watering and delectable journey into the world of cooking, one where you – yes, you! – will learn the truth: anyone can cook!

Here's a YouTube video of another simple one pot meal: Oven Barbeque Chicken and Rice