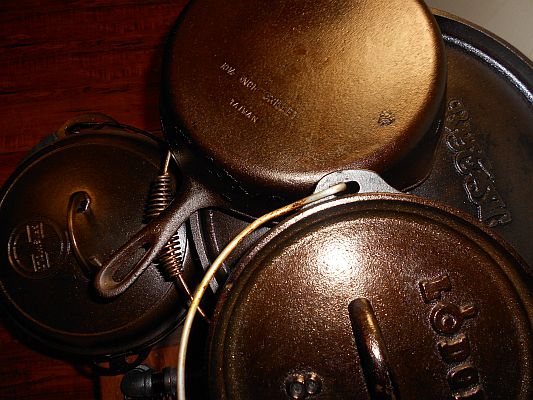 When it comes to the subject of cast iron cooking, there's one point of contention that sends emotions flaring more than any other: the question of Chinese-made cast iron cookware versus American-made cast iron. First of all, Chinese goods have a reputation that is well-deserved for shoddiness and poor quality construction – in some cases. There are some brands of cast iron made in China especially for American distributors, and these brands are subject to quality control standards that, I feel, make them trustworthy enough to use. (Camp Chef cast iron is quite popular, despite its Chinese origins. The Camp Chef Ultimate Turkey Roaster was discontinued, but it is a collector's item and considered quite valuable to those who manage to score a used one…and Camp Chef is a sponsor of many cast iron and dutch oven events, including the National Dutch Oven Gathering).